A daily struggle for survival

On April 7, the bodies of four ethnic Georgians were pulled from the Enguri River. The river serves as a natural “border” separating Gali district in Abkhazia from the rest of Georgia. The drownings offered a stark reminder of the hardships and dangers that ethnic Georgians face in Gali, and the risks they take when they try to enter Georgian-controlled territory.

Ethnic Georgians living in Gali have faced increasing restrictions on their freedom of movement since 2008, when Russia recognized Abkhazia’s independence following the Georgia-Russia war. But traveling to Georgian-controlled territory became almost impossible after the Covid-19 pandemic broke out in February 2020 and the Abkhaz authorities closed all legal crossing points.

Prior to the pandemic, ethnic Abkhaz with Abkhaz passports were allowed to freely travel to Georgian-controlled territory for medical treatment. Abkhaz authorities did not extend the same right to ethnic Georgians living in Gali, however. They had to apply for a five-year residency permit if they wanted to cross into Georgian-controlled territory.

Gali residents need to travel to Georgian-controlled territory for many reasons. Some cross because the food and other goods are much cheaper in Zugdidi, the closest Georgian-controlled city. Others make the trip to see family, attend Georgian-language school or even to get medical treatment.

Now that official crossings are closed due to the pandemic, however, life in Gali has become a daily struggle. Families have become separated, people cannot get to doctors, and food costs are soaring. M.K. lives in Gali. She collected the stories of people trying to survive in Gali and sent them to Chai Khana. Due to safety reasons, she requested that Chai Khana not publish her name or the full name of her respondents.

To get the material out, M.K. typed the stories one by one and tried to send them through Facebook Messenger between electricity outages. There are rolling blackouts in Gali, where the lights go out for an hour every three hours, leading to internet outages as well.

A sick toddler and no doctor 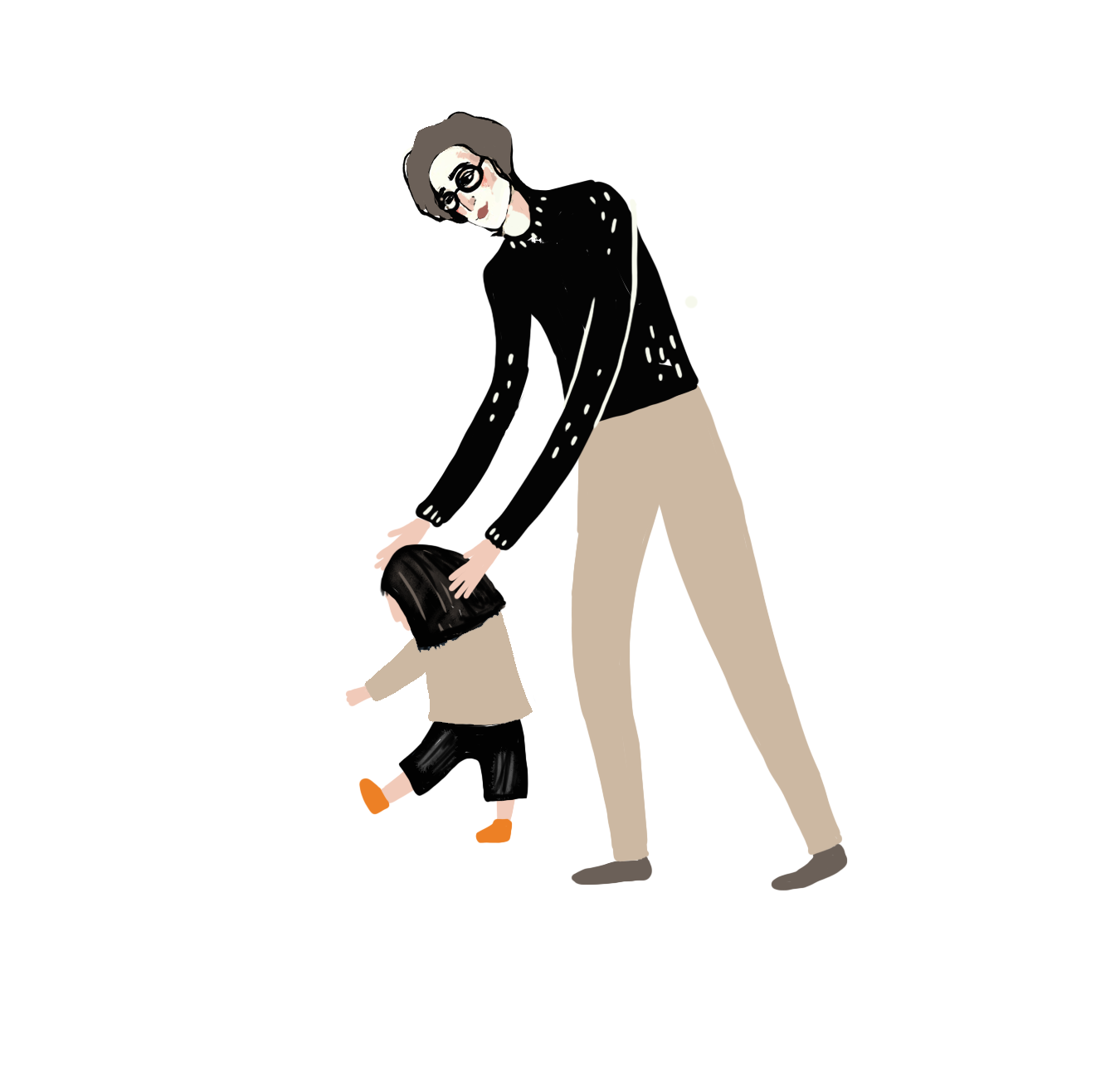 M.K. has a three-year-old son, who developed a cough. When the cough turned into a fever, M.K. was desperate to get her child to the doctor. But medical services in Gali are limited, and she worried about taking the risk to travel to Georgian-controlled territory to take him to the doctor. Eventually, she joined a group on Facebook where doctors consult patients online. She was lucky to meet a doctor who spoke to her on the phone. T.B. explained her child's condition, received a new prescription, and tried out the medication. When he did not get better, she was forced to travel to the Geogian capital Tbilisi for treatment.

Locked out of care 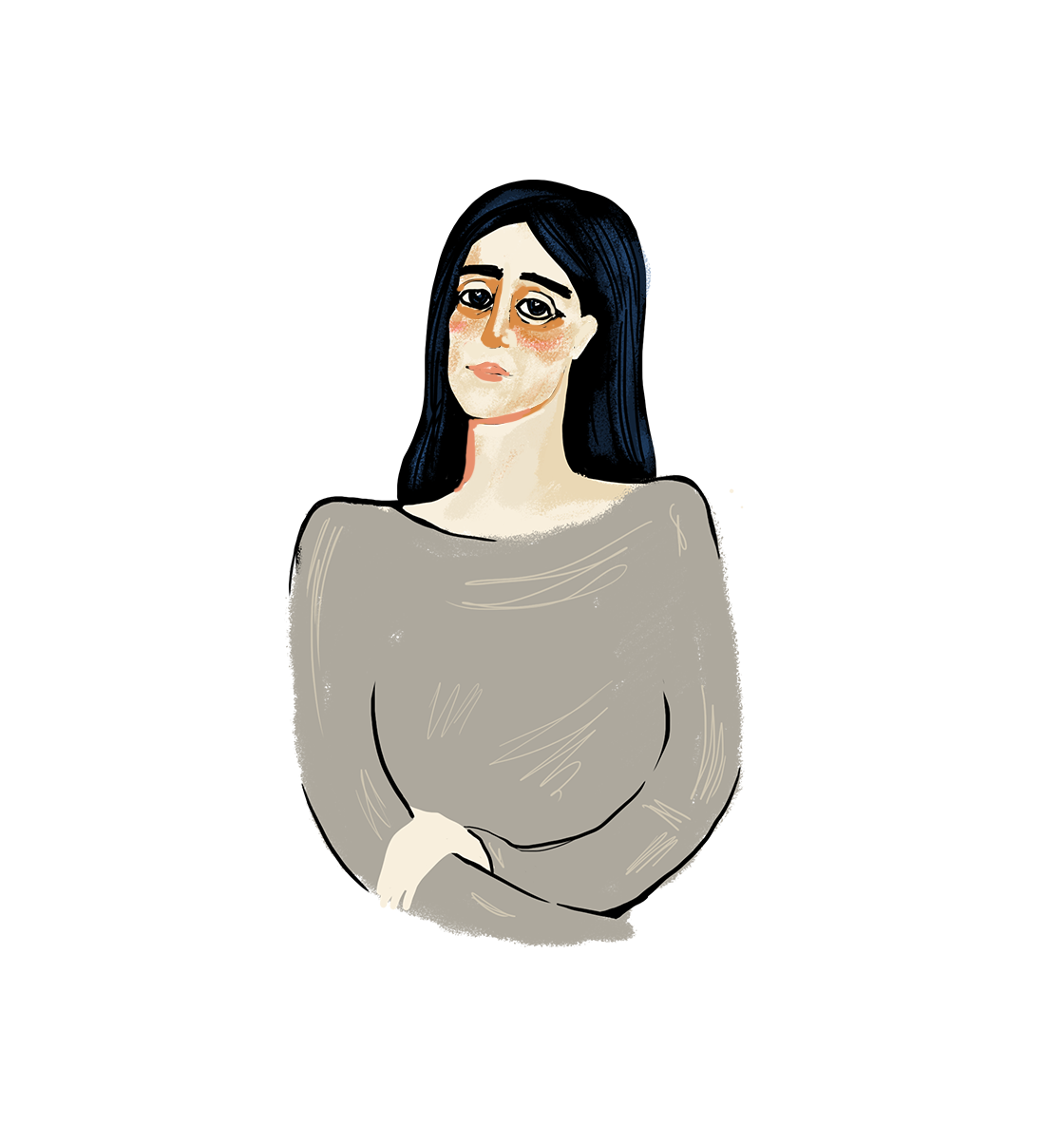 I.C. is 46 and has third-stage breast cancer. Before the pandemic, she used to travel to Tbilisi from Gali once every three months to see her doctor and undergo chemotherapy. Before the pandemic hit, she was supposed to see her doctor in May 2020. Once the crossings were closed, she was stuck in Gali. There were rumors everywhere, but no one could tell her when she would be able to go to Tbilisi and by May, her health deteriorated. She couldn’t leave Abkhazia until the end of June, when an Abkhaz hospital agreed to give her the necessary documents for travel. Once in Georgian-controlled territory, she had to be quarantined for 15 days. By the time she got to Tbilisi for the chemotherapy treatment, her condition was so bad she required even more procedures than usual. Thanks to help from relations in Tbilisi, she was able to stay and get the treatment she needed. I.C. finally returned to Gali in September. She has to undergo another course of chemotherapy after seven months, and she has to go through the same procedures all over again. So, she now waits for the proper documents from the Abkhaz hospital. 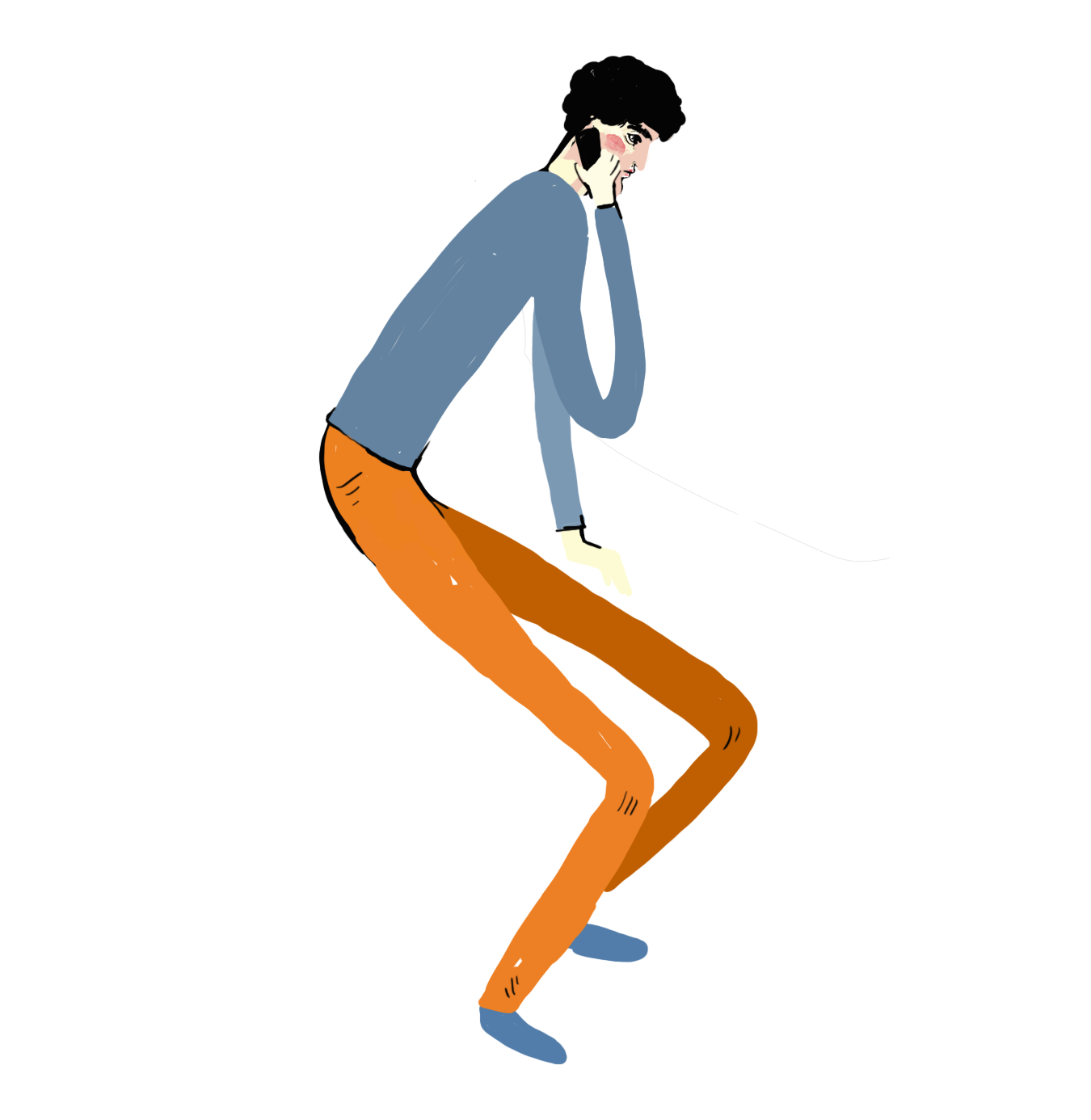 K.Q., 32, is from the village of Saberio in Gali district. He has a wife and two boys but he hasn’t seen them for more than a year. His wife grew up in Tbilisi. They planned to live there, but he returned to his native village when his parents became ill. Initially, a relation was supposed to stay with his parents on the weekends so K.Q. could see his family in Tbilisi. But then the pandemic hit and the crossings were closed. His life, which was difficult already, got even worse. "One of my boys is 8, and the other one is 12. It’s hard for my wife to take care of them alone. She also has to work. As long as the pandemic rages on, I cannot plan what to do, or how to live. I am a choreographer, and I used to teach children before the virus spread. I had several classes. I cannot do anything anymore.” 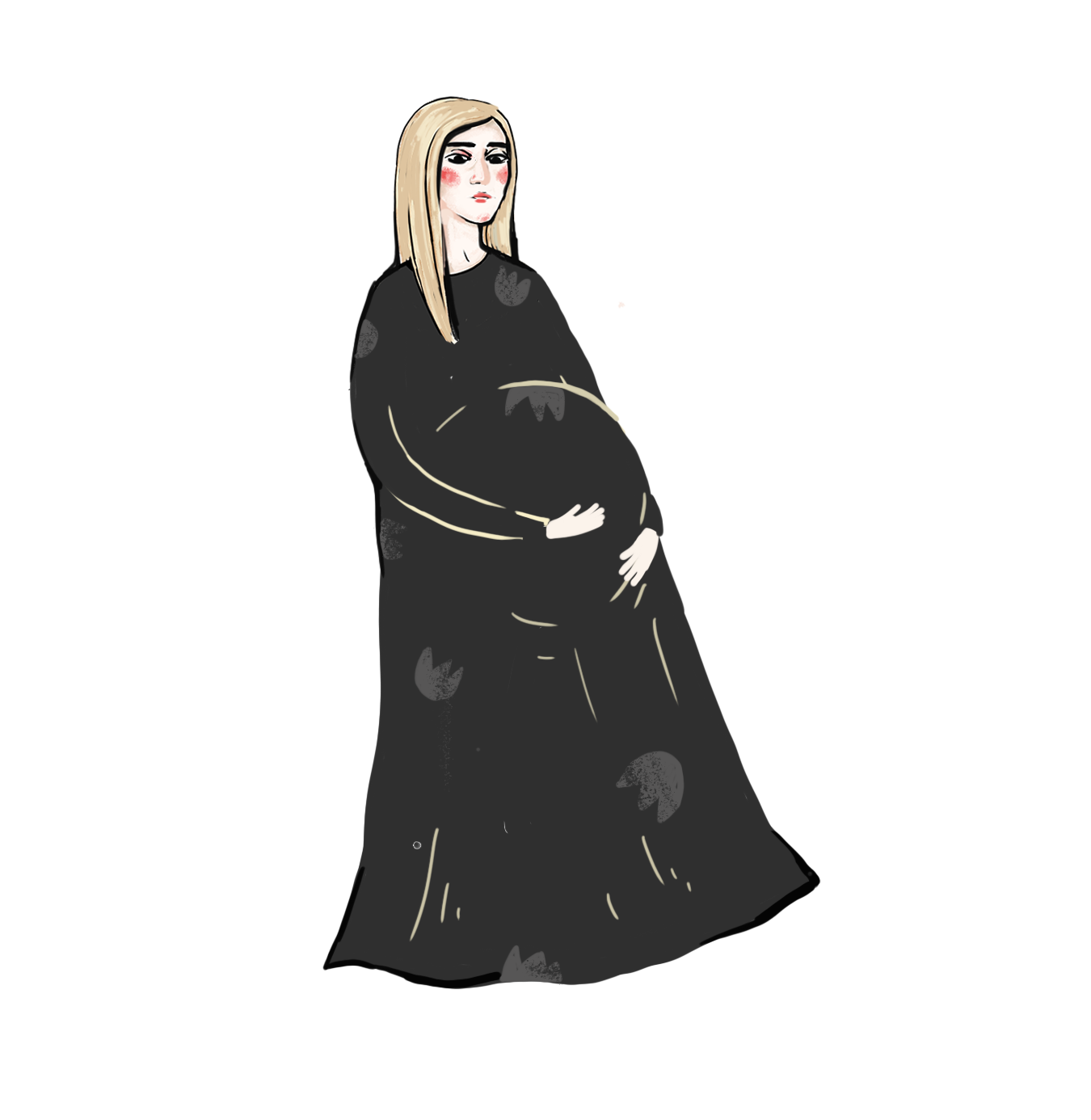 S.M. has a 2-year-old son and is expecting a second child. Her husband started working in construction in another city, and he used to come home twice a week. Once the official Abkhaz checkpoints to cross into Georgian-controlled territory were closed, S.M. was left alone with her elderly father-in-law and has to do everything to support the family.    "I have been under the supervision of a local doctor for five months. I started having pains in the sixth month of pregnancy. I’ve been feeling a dull pain in my abdomen for almost a month. The doctor says there’s nothing to worry about, but I’m still very nervous. Sometimes I get very tired, but if my husband doesn’t work, no one will support us. I'm also afraid that this stress may affect my fetus."   She plans to come to Tbilisi with her 2-year-old child as soon as she can travel.  "If the border had been open, I would have gone to the doctor regularly and avoided so much worry."

A life of isolation

T.K. is 83 and lives in Dikhazurgi village, Gali district. Her husband died 40 years ago, and they had no children. Her relatives live in Georgia-controlled territory. With the crossing points closed, no one can come to see her and she cannot leave either. She doesn’t even have any neighbors—everyone near her abandoned their houses after the war. She depends on her garden, chickens and a cow for food and milk.

"When I was young, there used to be different diseases, but it was easier for us to get through everything. There used to be more kindness,” T.K. said. “The lack of kindness scares me more than any pandemic. I’ve noticed that the ones who watch TV very often feel so much worse! It was announced that everyone should avoid contact with the elderly because of this virus. That is why everyone tries to stay away, and no one ever comes to see me. They act like I have the Black Death or something.”

T.K. 's only relations live in Kutaisi and, before the pandemic, they used to travel to Zugdidi to meet T.K. But she has not seen them for a year. 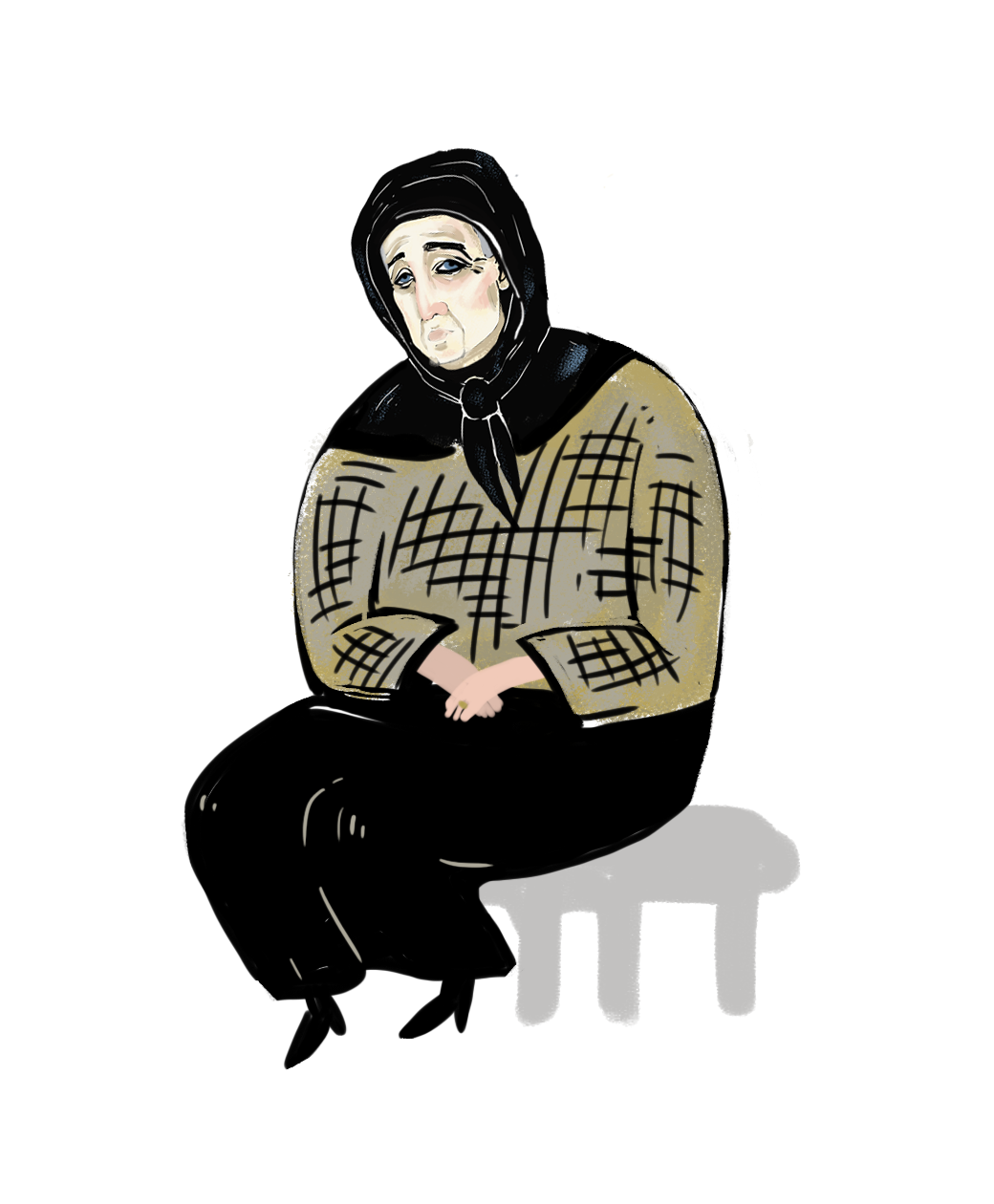 “They would take me for a walk, I would give them some advice, they would buy me everything I needed, and then they would see me off,” she said. “I heard they have started allowing people to collect their pensions, but no one has come to me yet. I guess my house is far away, and they have not reached it yet. My neighbors called and told them about me. So, I’m expecting them to come this week." A few days after the interview, T.K. died. She never got her pension.

#Abkhazia #Georgia #HumanRights #Covid-19 #conflict affected #Gali #crisis
DONATE TO CHAI KHANA!
We are a non-profit media organization covering the topics and groups of people that are frequently ignored by mainstream media. Our work would not be possible without support from our community and readers like you. Your donations enable us to support journalists who cover underrepresented stories across the region. donation.stories.donate-text
DONATE NOW

What is a home? Is it the house developers' promise or the community that surrounds us—or is it something else, something more tangible, something that provides security, safety and stability?

This photo essay is intended to take you back to the magic of your first amusement park—help you remember your rides on colorful boats, old roller coasters, vintage bumper cars, and Ferris wheels.

After graduating from high school, Feri Ismayilova chooses education over marriage and tries to challenge existing perceptions and attitudes toward ethnic Azerbaijanis in Georgia.