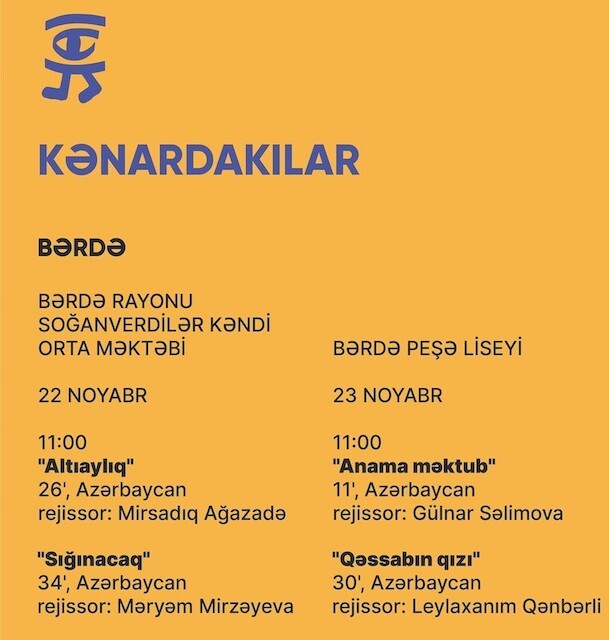 Share
Tweet
On November 23, two short films commissioned by Chai Khana, “A letter to my mother” by Gulnar Salimova and "A butcher’s daughter" by Leyla Ganbarli, will be shown in Barda as part of the touring program portion of the  Sevil Women Film Festival.

Safarali was forced to leave his native village and move his family to the city when his teaching salary was not enough to meet their needs. While he has created a successful career as a butcher, his daughter struggles to make peace with the life he has created. The film is the story of Safarali, who is living a life that bridges contradictions—he is a teacher and a butcher, animal lover and destroyer. It is also the story of his daughter’s opposition to him, as well as her desire to know and understand her father and accept him. The film follows Safarali through a normal day and, through his conversations with his daughter, we learn about his life, his beliefs, and how he finds meaning and balance in a life that is far from the ideals he cherishes.


"Letter to my mother"

This is a letter to my mother - the feelings that I could not tell her in person, a recognition of my weakness, the failed talks and ineffable things, the miscommunication between a mother and daughter who live different lives, but still seek to understand each other in the best possible way.