Once upon a time: A Jewish history in Georgia

At times the life of Roza Tavdidishvili sounds like one of her fairy tales.

Her story, like any good tale, starts in a time far away—the end of the 19th century—and includes a strong hero overcoming challenges to help the less fortunate and give a voice to the oppressed. It also includes a hidden treasure, rediscovered years after the hero’s death.

Tavdidishvili was born into a Georgian Jewish family in 1886, when Georgia was still part of the Russian Empire. Jewish communities have thrived in Georgia for centuries—2600 years by most counts—and were well assimilated in society during Tavdidishvili’s life.

She was, by all accounts, an amazing character. By the time she was 40, Georgia had reestablished its independence and lost it again. Despite limited rights for women during her life, she created a space for herself as a journalist, activist, public figure and writer.

For two years, from 1926-1928 Tavdidishvili served as a member of the Kutaisi City Council and the Executive Committee. She headed the Women’s Delegation Club in the Jewish Quarter of the city and helped young Jewish pupils read and write.

She also worked tirelessly to promote women’s equality, especially through the right to education and the right to work outside the home.

“All her life Roza fought for better educational opportunities and a better future for the Jewish people. That was the reason why she decided to write down everything,” noted her granddaughter, Dodo Chikvashvili.

“She was a representative of the generation who thought much about the past, present, and according to it, about the future. It led her to publish an academic paper in 1940; an ethnographic essay about the life of Jewish people living in Kutaisi in olden times. This publication unites stories about the Jewish holidays, about Jewish legends, about folklore, about proverbs and puzzles.” 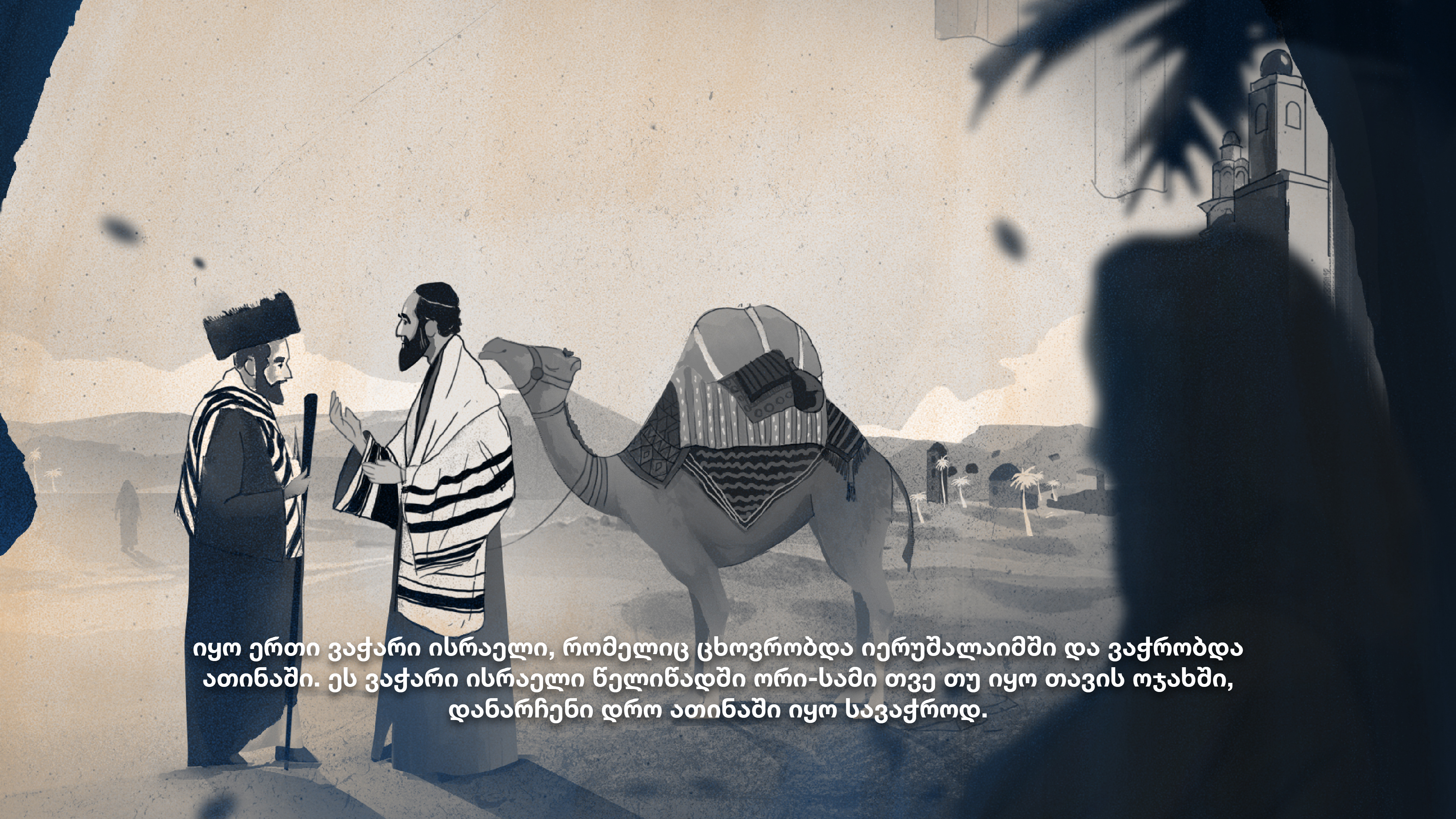 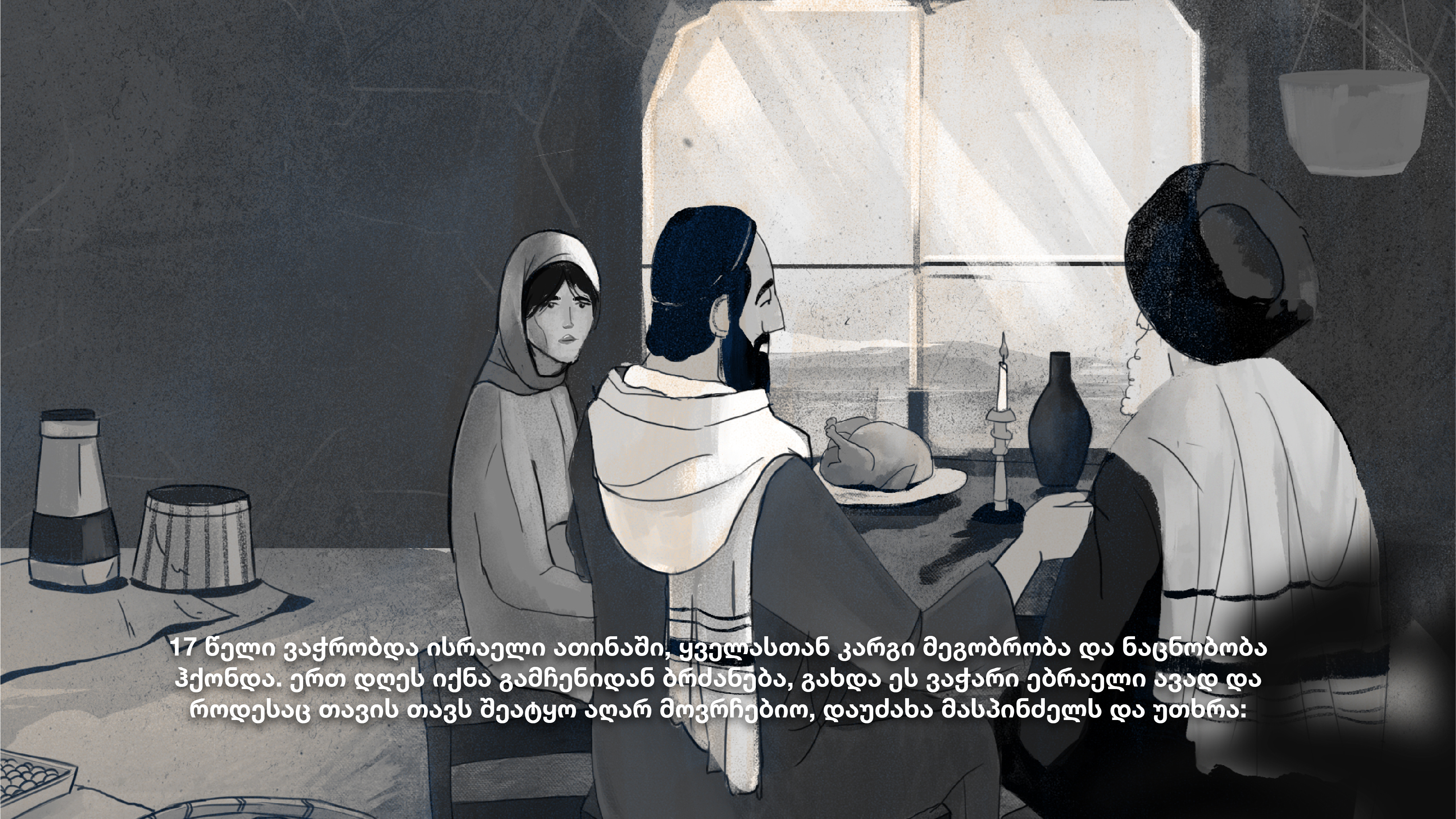 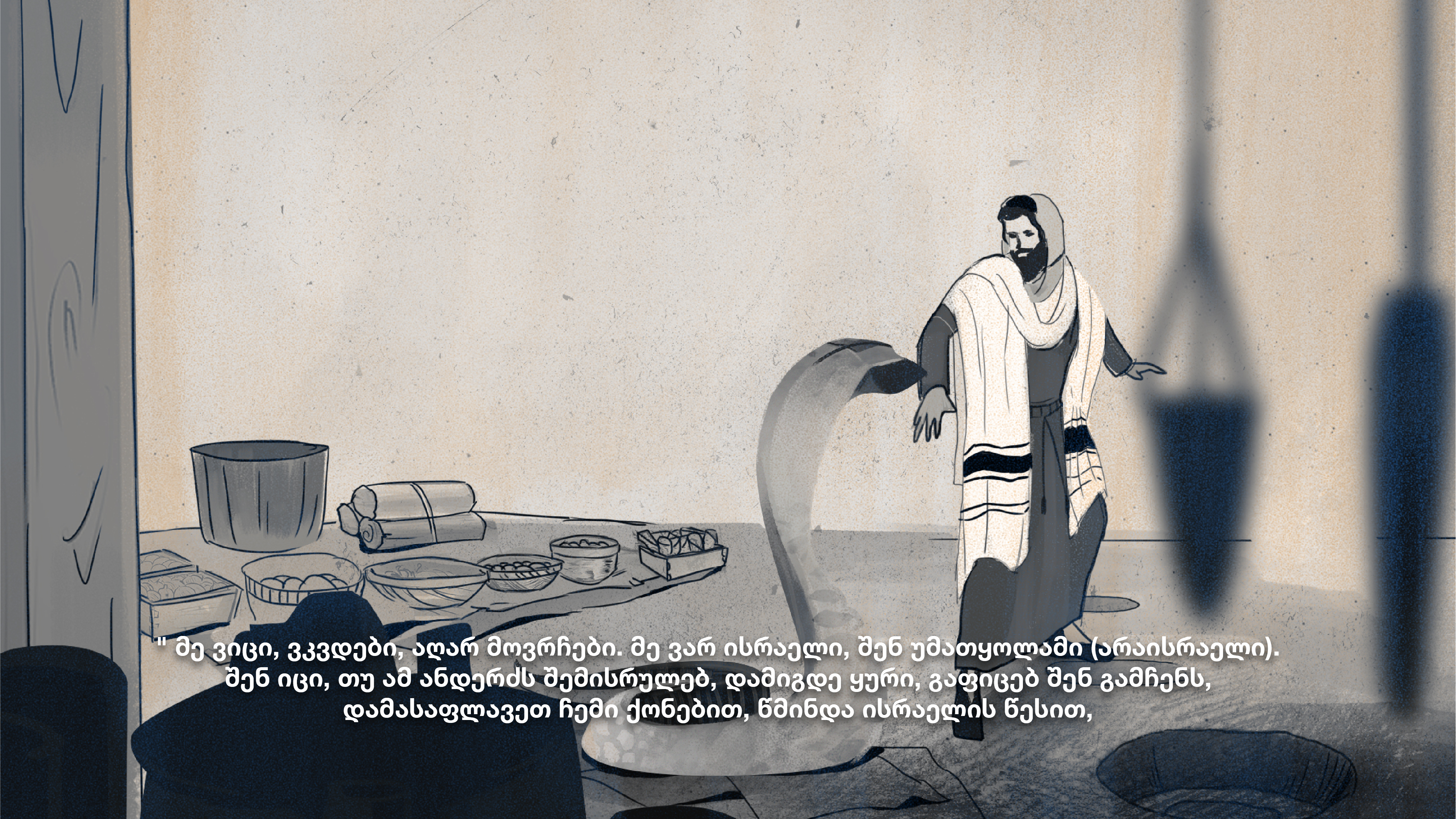 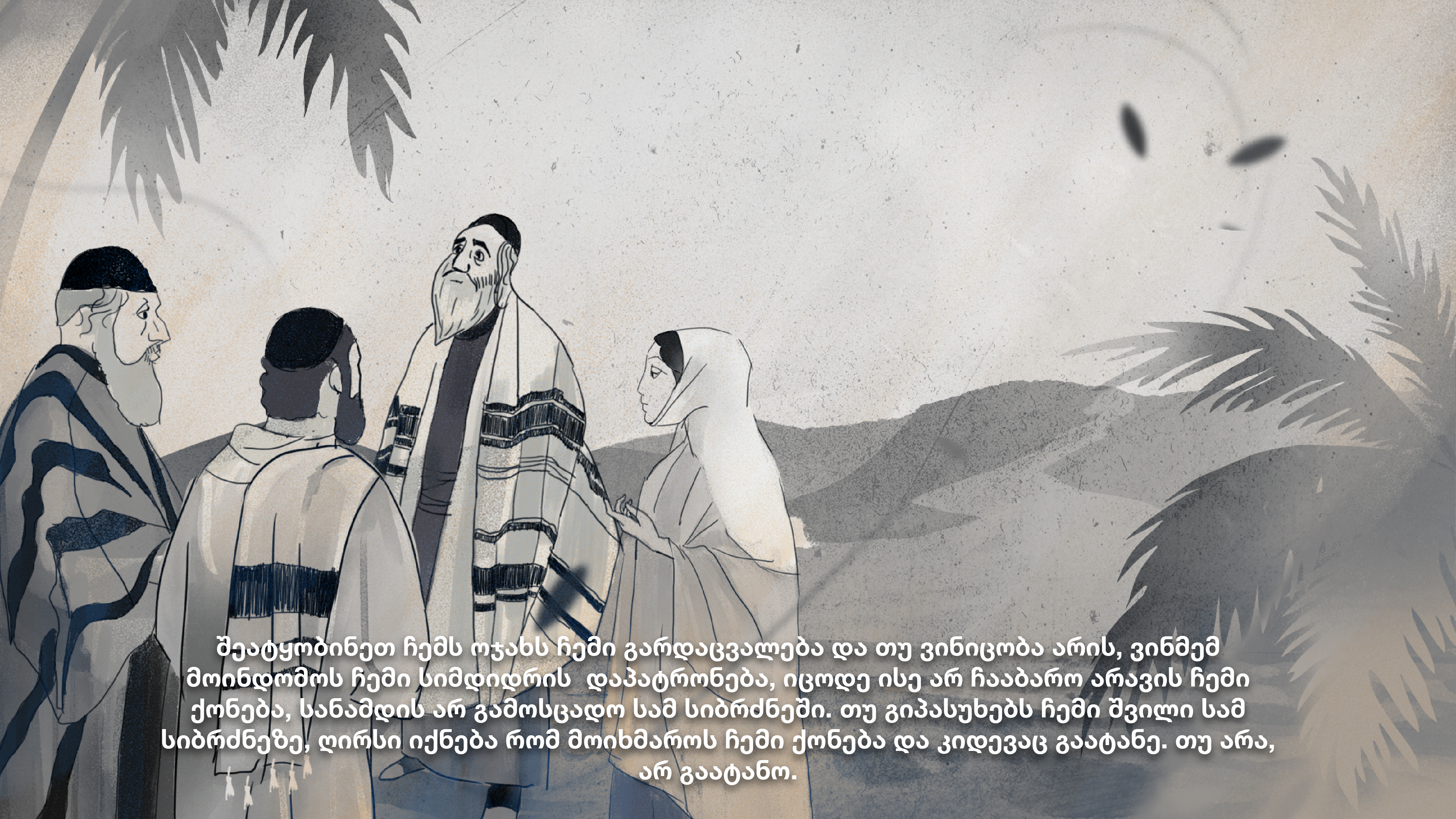 But her most interesting work was largely forgotten for years.

A collection of 22 notebooks full of original fairy tales penned by Tavdidishvili in the language Georgian Jews spoke, known as Kivruli, which the Georgian Literature Museum received shortly after her death in 1967.

The fairy tales represent a unique window into Georgian-Jewish relations, according to Lasha Bakradze, the head of the museum.

“The analysis of those fairytales would be great, so it is really important for them to be published as a book,” he said. “On one hand, it’s good to learn more about Georgian-Jewish relationships and on the other hand, it is immensely interesting to know whether there is anything in common between Georgian-Jewish tales and other countries’ fairy tales.”

Chikvashvili highlighted that her grandmother wanted to document the Georgian-Jewish experience, and give the community, which until Tavdidishvili depended on oral history to learn their past, a written history.

“In my opinion, one of the main motivations which drove her to create these fairytales was the fact that nothing had existed about Georgian-Jewish relationships in a written format,” she said.

Bakradze noted that Tavdidishvili wrote the fairy tales in 1937-1938: that was during a period of Soviet ideology, and before the establishment of the Jewish state, which adds additional layers to the works.

“It would be great if Georgian and Jewish children read them, because the past which is lost now would become familiar for them,” he said.

#Georgia
DONATE TO CHAI KHANA!
We are a non-profit media organization covering the topics and groups of people that are frequently ignored by mainstream media. Our work would not be possible without support from our community and readers like you. Your donations enable us to support journalists who cover underrepresented stories across the region. We are currently working on the topic of “Elderly” in the South Caucasus, covering the stories that tell the journey of age—everything from age discrimination and extreme poverty to the new challenges brought by Covid and the challenges (and joys) of caring for an elderly loved one. Your donation will be used to support the contributors working on this topic.
DONATE NOW

Georgian mornings is a collection of personal photographs taken throughout my formative years as a photographer (2009-2013). The images strive to capture some of my very emotional moments in this particularly elusive time of the day. Most of the photographs are taken after sleepless nights, sometimes on my way back home from a long night out. I find a certain kind of romance in mornings like these. Empty streets and the absence of strangers bring a peculiar feeling of freedom to this otherwise repressed and controlled society.

When Silva Iosebashvili, 54, recalls her childhood, her memories are filled with the aroma of freshly baked matzah bread and fruit gardens. In her mind, she is walking with her grandmother through the neighborhood and can feel the heat of the bakery near the Tskhinvali synagogue.

Lost voices of the Georgian Jewish communities in Sokhumi and Tskhinvali

Iva Chitidze, a young filmmaker, and his mother explore their family&rsquo;s unique past through the pages of the family photo album. Iva&rsquo;s grandfather, an ethnic Jew, and his grandmother, an ethnic German, married in the 1930s despite many challenges. Through the memories preserved in the album, Iva&rsquo;s mother recalls her past and the family&rsquo;s efforts to preserve the culture, religion and traditions of two nations. This edition is produced with the support of the Israeli Embassy in Georgia. To see the full project click the link.&nbsp;

These portraits are a window into what remains of Georgia’s Jewish community. Over the past 30 years, the number of Jews living in Georgia has dropped from&nbsp;24,800 to just 4000.&nbsp; The people featured in this essay represent the diversity of their community. Their way of life, attitudes toward religion, and lives are uniquely personal.&nbsp; Together, however, they create and continue the ancient tradition of the Georgian-Jewish experience.

The face of Georgia’s Jewish community