Hranush Hovsepyan, 75, hears her name as soon as she steps into the G.U.M. market in Armenia’s capital, Yerevan.

Known to fellow traders and her clients as Grandma Hranush, she has been selling her fresh baked goods at the market for 20 years.

“When I enter the market, I hear my name being called from all sides, they wave me over. It has become my big family,” she says. “I am here from eight in the morning until six in the evening. We are happy to be with each other whether we are earning money or not. We spend our day talking to each other.’’

Over the years, the 2000 square meter market, known by the Russian abbreviations for the old Soviet department store, Государственный универсальный магазин, has become more than a bazaar for those who work there.  A closed market during the Soviet period, it has expanded over the decades to include an open market—and a community of sellers from around the city and the suburbs.

When Grandma Hranush first came to sell her baked rolls and khachapuri at the market in 1991, her aim was survival, not comradery. The Soviet Union had collapsed, and she lost her job as a cook. Over the years, however, Grandma Hranush has settled into a predictable schedule and cemented close relationships with the traders she spends her days with. Today, she says, she depends on them.

“If I sit at home, I will go crazy, or I will get sick. I pass my days talking here and there,” she says, adding fellow traders treat her like their own mother.

"They are very good people, and it is a good environment. I visit with everyone; I bring them bread. I know everyone's mood, good and bad."

Tamara first came to the market 15 years ago. A widow, G.U.M. provided a consistent income for her and her three children as she raised them alone.

Today her son, Surik, works with her. Every day, they bring chickens, roosters and eggs to the market to sell. They arrive by 7 am and stay until after dark.

Tamara says working at the market, while hard, helps her stay young.

Surik notes that they spend more time with fellow traders and customers than their own families. Over the years, that connection has evolved into relationships built on trust and solidarity.

"If I don’t see my customers for two days, I start to worry. They may not buy anything, but we greet each other, ask about life and each other’s health," Tamara says.

A passing customer agrees, adding “Where else can we get home chickens and eggs?” Despite the deluge of supermarkets and corner shops that have sprung up over the city, the G.U.M. traders still attract clients thanks to the relationships they have fostered over the years, customers say.

“We know Tamara, we can say that she raises these chickens and roosters in front of our eyes,” the woman notes. “We see how and what she feeds them, she is an honest woman.”

Even though the market is full of other traders selling the same goods, they do not let competition ruin friendships, notes 57-year-old Svetlana Tadevosyan.

"There are no competitors here," she says.

"When there is a good trade, it is for all of us. On bad days, it is bad for all of us, too. We have been selling greens side by side for 30 years, we have each acquired our customers due to our words and quality products. There is no need to be offended by each other, we are both partners and friends. We will call each other on the New Year soon, we will congratulate each other and we will wish each other a good year.”

Bundled up in layers of clothing to stay warm, the traders manning the stalls gossip and share bread and coffee between sales.  They also share celebrations and heartache, notes Grandma Hranush, adding that is especially true today.

The past two years have been difficult for the traders, following the pandemic and war. "There is no hope, no light. There is no one in the market,” Svetlana says. "People are constantly running out of money.” 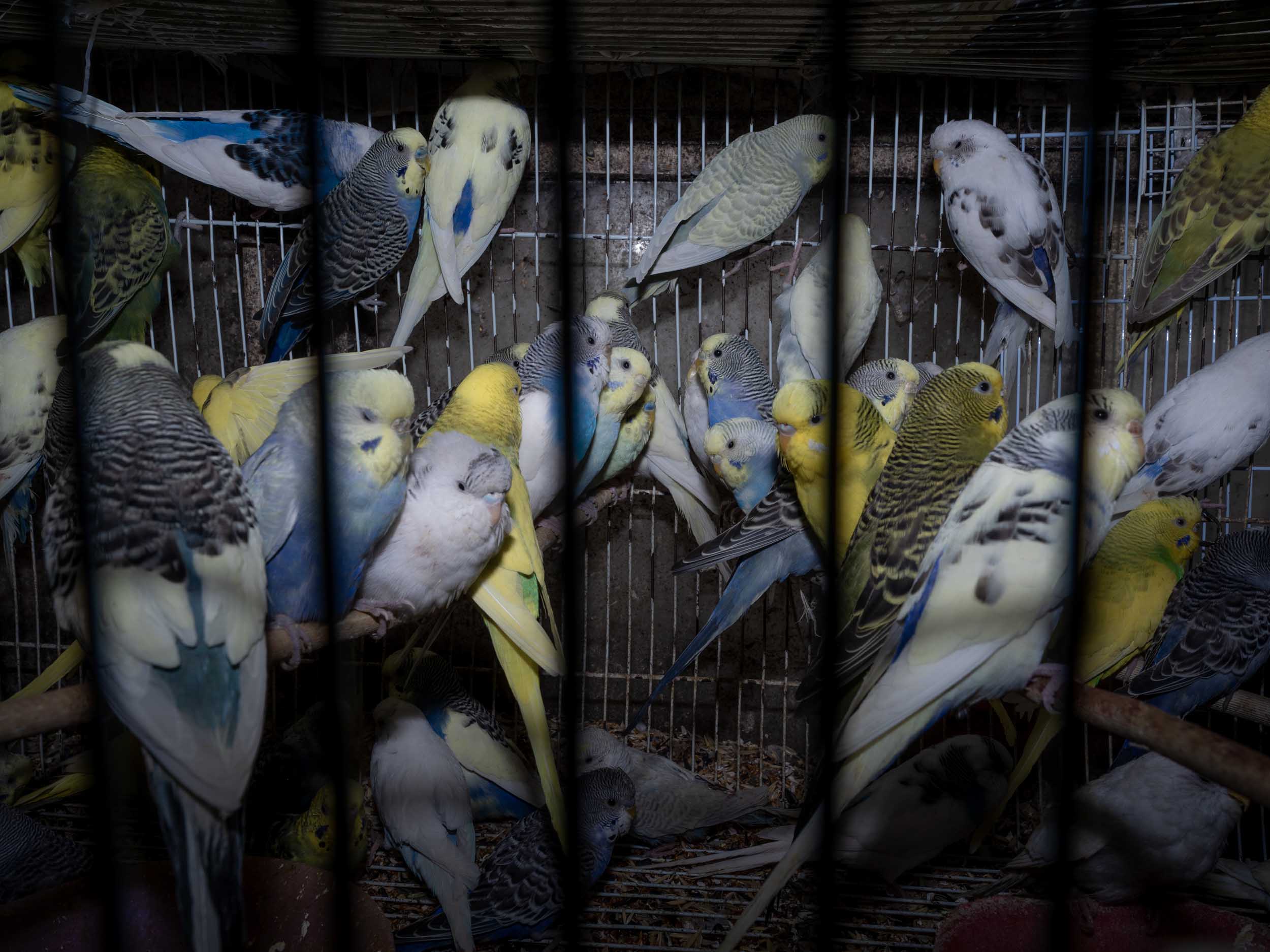 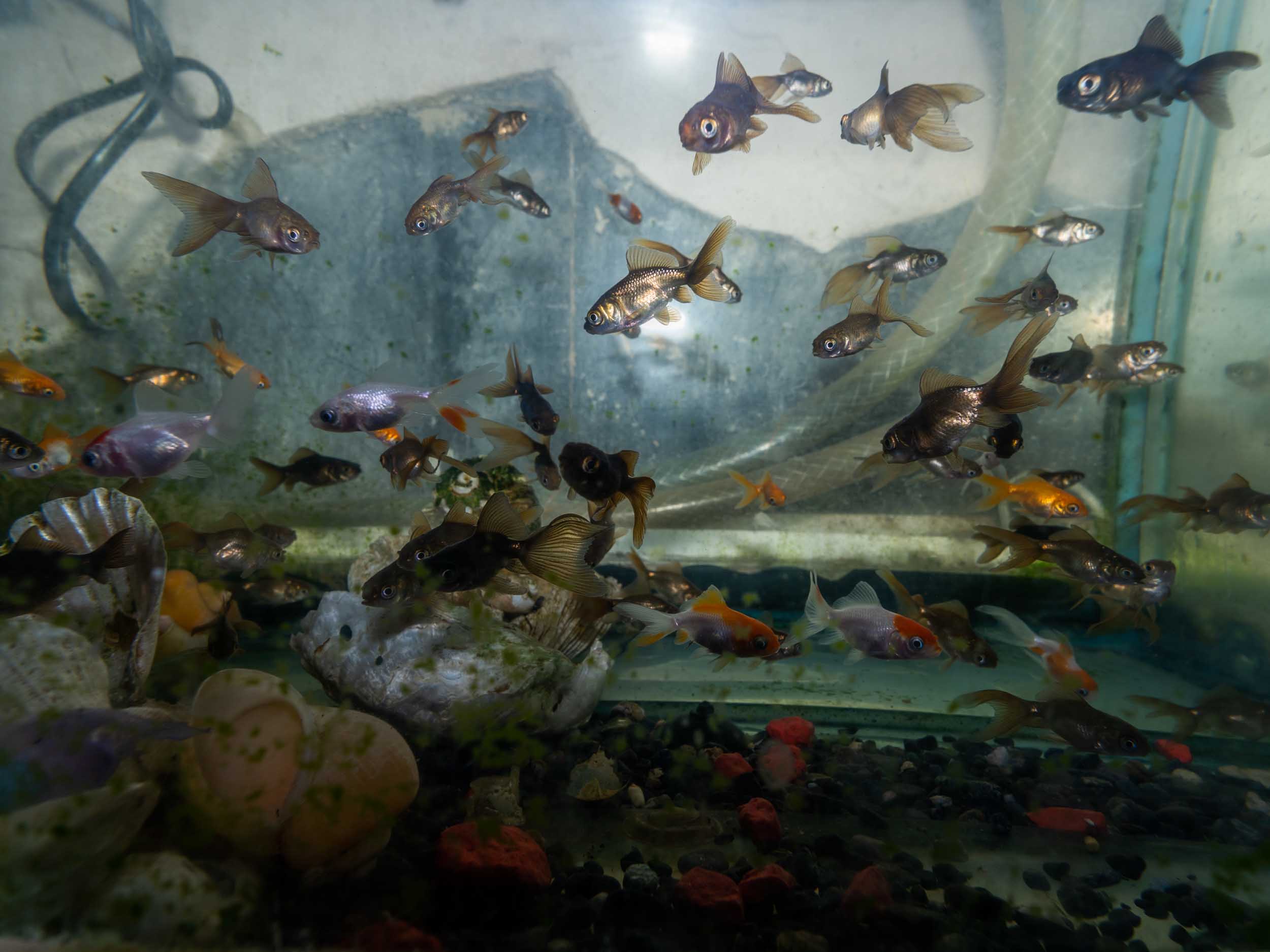 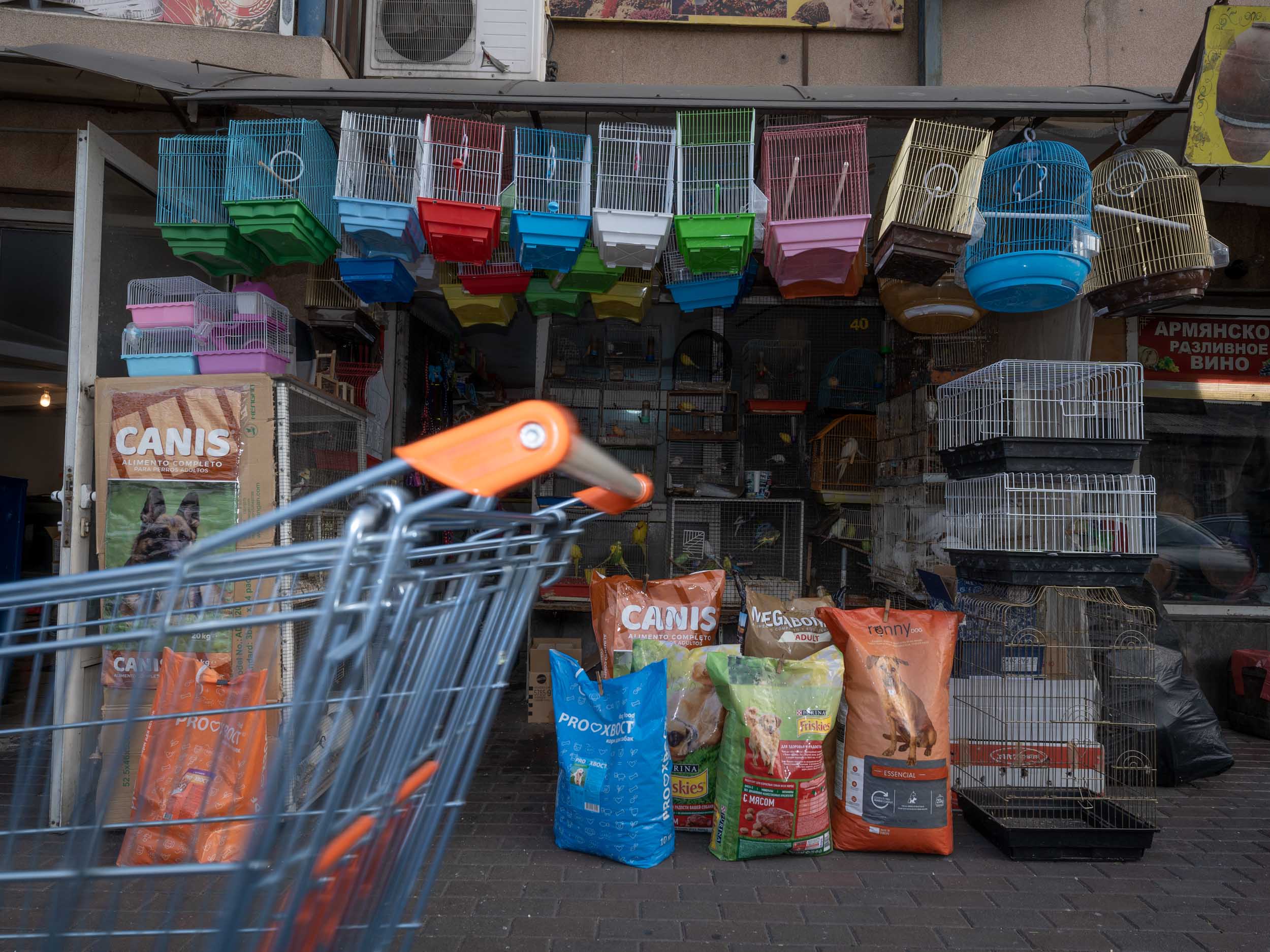 Outside, it is impossible to skip the bird pavilion. Serob Qeropyan, like his father, breeds the beautiful and exotic birds. He opened a stall at the G.U.M. market in 2000.

Regular customers at the market say they prefer to shop there because they know the products are fresh and they trust the traders they deal with regularly.

"Many people breed birds in Sari Tagh district. It's a pensioner's job, they sit at home and do it, but to say that it is a profitable job would be a lie,” Serob said.

Svetlana started selling greens at the market when she was 27, when Armenia was still part of the Soviet Union. The friendships she has cultivated over the years among the sellers and her clients helps her survive the lean times, like now, she says.

“My stall survives thanks to my regular clients,” Svetlana notes. “Today people do not have money.”

After two decades at the market, Grandma Hranush is still optimistic that she and her G.U.M. family will see better times ahead.

“Life is very sad now,” she says. “We hope that peace will last forever in our country, we will have another influx of tourists in the spring, the trade will improve and, at last, a smile will appear on people's faces."

#Armenia #bazaars
DONATE TO CHAI KHANA!
We are a non-profit media organization covering the topics and groups of people that are frequently ignored by mainstream media. Our work would not be possible without support from our community and readers like you. Your donations enable us to support journalists who cover underrepresented stories across the region. donation.stories.donate-text
DONATE NOW

Shafi, moved to Armenia in 2012 after stumbling upon it on Google. He says he immediately felt a connection with the Armenian people.

41-year-old Tatevik Aghababyan is the founder and owner of "Debed Life," a unique complex for rest and work in a rural community. The mathematician turned designer has created a beautiful garden, outdoor kitchen and comfortable rooms for meetings and discussions that allow people to work while being in harmony with nature. This project has changed Tatevik’s life as well as the lives of her neighbors in Debet. Her goal is to create a strong female community in her neighborhood by employing only local women. Now they are expanding the business, providing opportunities for more women in Debet.

A life-changing move to the countryside

After nearly two years of interrupted learning, Armenia’s nearly 400,000 secondary students are back in class full time this year.

Two years into the pandemic, distance learning remains a challenge in Armenia