The face of Georgia’s Jewish community

These portraits are a window into what remains of Georgia’s Jewish community. Over the past 30 years, the number of Jews living in Georgia has dropped from  24,800 to just 4000.  The people featured in this essay represent the diversity of their community. Their way of life, attitudes toward religion, and lives are uniquely personal.  Together, however, they create and continue the ancient tradition of the Georgian-Jewish experience.

David’s parents Beniamin and Luba Beberashvili were lawyers and worked in manufacturing. They moved to Tbilisi from Akhaltsikhe at the end of the 1990s. There is one Georgian Jewish family left in Akhaltsikhe; only a few families from the community still live in Georgia. 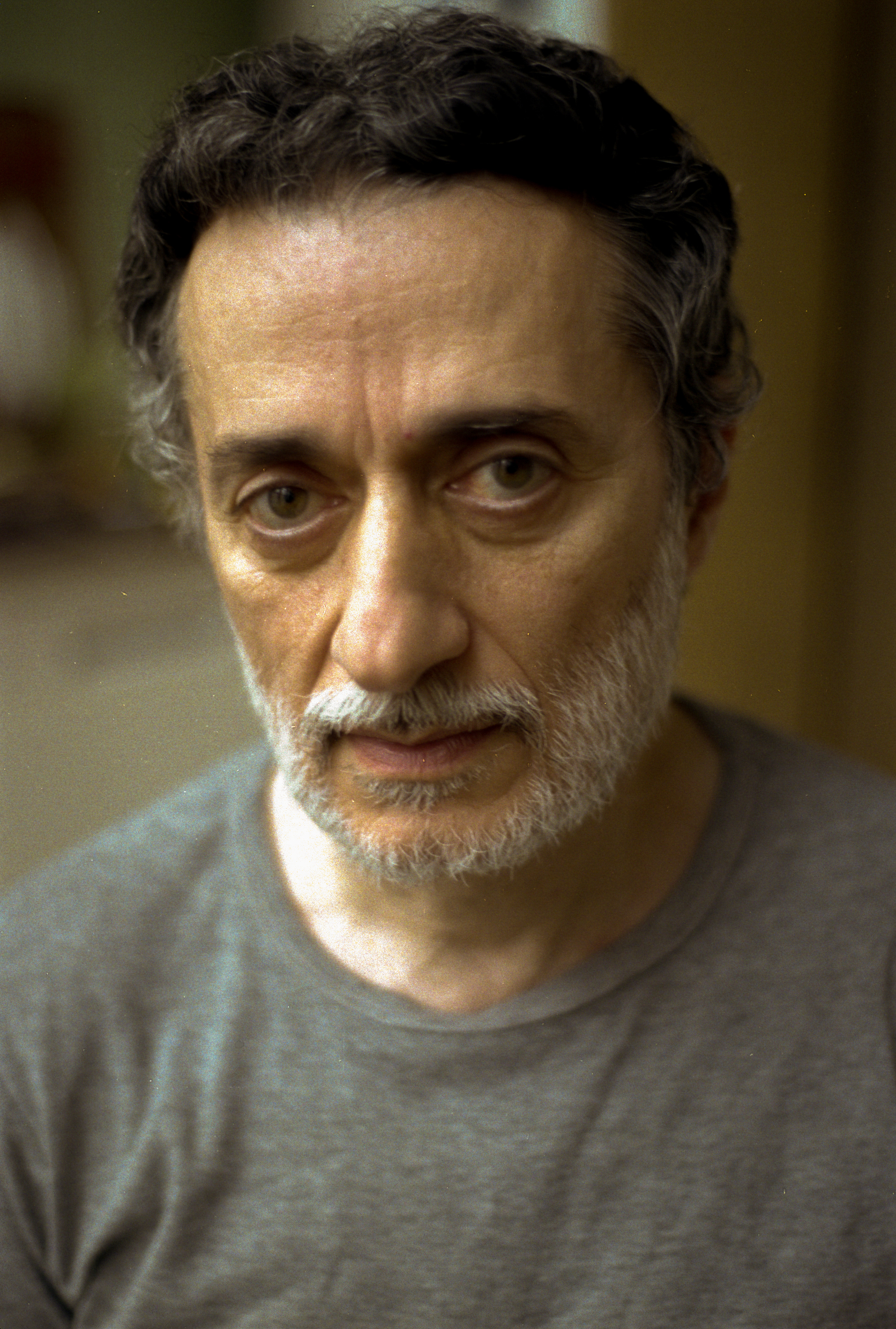 David is a physicist. He teaches schoolchildren physics and mathematics. He writes music and lyrics as well.

Yael is the mother of David Israel. She studied at a school named after the Chief Rabbi of Great Britain Tzvi Hirsch. It was a Torah school.  The school was in one of the oldest districts of Tbilisi, on Shaumiani street. This school does not exist anymore. Along with compulsory subjects, she was taught Jewish traditions, Hebrew, and culture. Her husband Ioseb is a teacher. He teaches Jewish traditions at a yeshiva, which is an Orthodox Jewish college for boys. The family is religious. They strictly observe Jewish traditions; follow Kashrut (the rules that define what food can be eaten). Yael started to follow the rules of the Torah once she got married, when she was 18 years old. She was in 10th grade when she decided she would have a Jewish family. 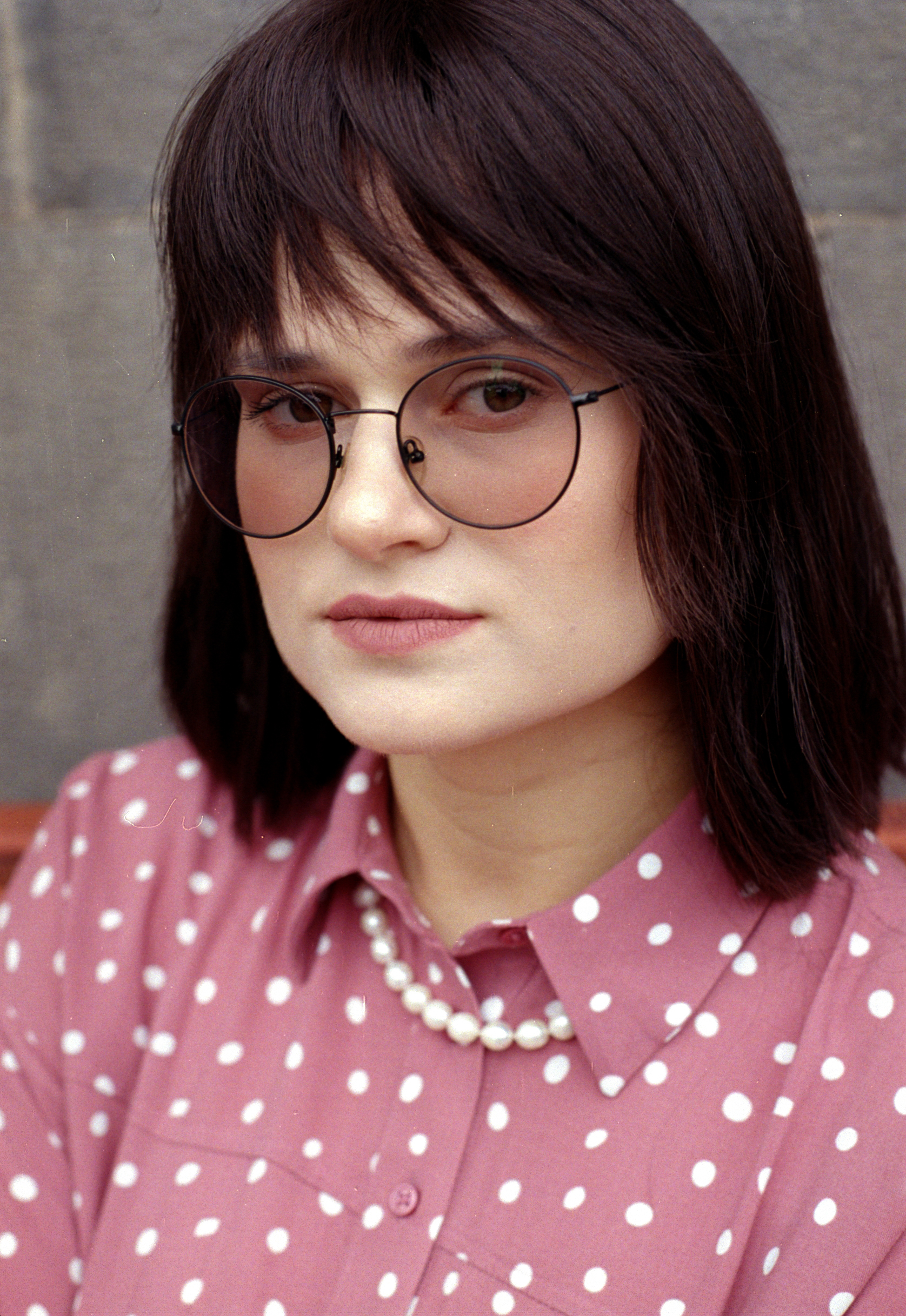 Now Yael is an Instagram blogger. She blogs about her children, about healthy eating habits, and her self-care routine.

Misha is from an Ashkenazi Jewish family. His great grandmother, Sura Moshkovna Milshtein, and her husband, came to Georgia from Ukraine in the 1930s. The members of the family who stayed in Ukraine were killed in the Holocaust. Misha coordinates the youth program at Hillel Tbilisi. The organization was founded in the United States in 1923. It has members in many countries: Canada, Israel, Australia, South Africa. Youngsters say that the organization does not have any political or religious mission. Their main goal is to educate young Jewish people, more specifically, to deliver knowledge to students about Jewish culture, their heritage, traditions and religion. They believe that it also defines their active life in the community. Misha does not call himself a religious person. He notes that he is interested in religion from the perspective of culture and history. 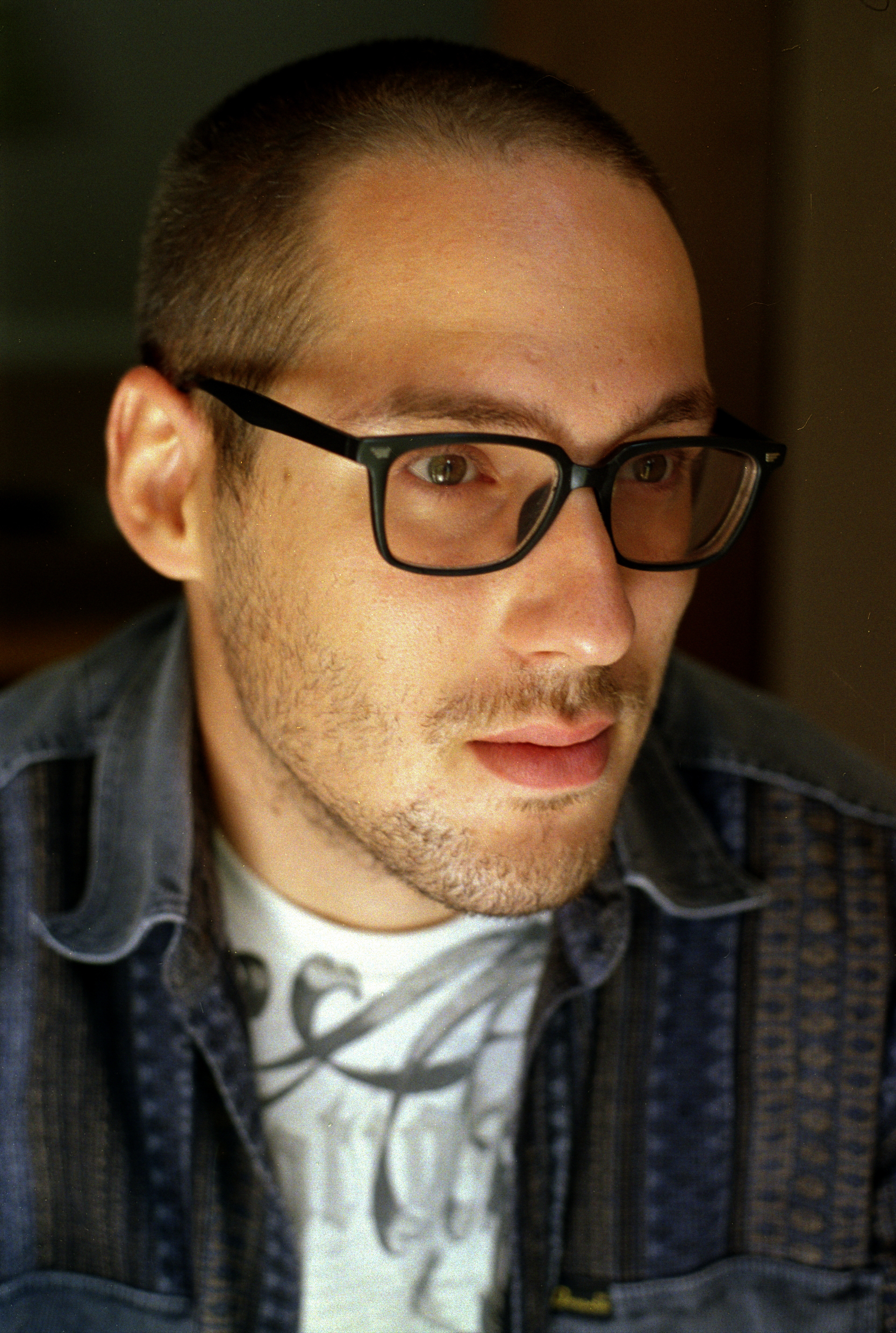 Misha does not call himself a religious person. He notes that he is interested in religion from the perspective of culture and history.

Eteri was an associate professor in the chemistry faculty at Tbilisi State University from 2005-2009. Now she works at the Jewish community-based housing organization Chasdei Eliyahu  in Tbilisi. After the collapse of the Soviet Union, the American Jewish Committee created charity centers called Chasdei in many post-Soviet countries. In the Jewish language, Chasdei means mercy and kindness. The centers come from a century-old tradition that you are responsible for taking care of the community and for sharing the responsibility (Jewish people are responsible for caring for each other). Chasdei Eliyahu helps elderly Jewish people with food, medical consultation, medicines, and clothes. It is also room for people to meet and spend time together. 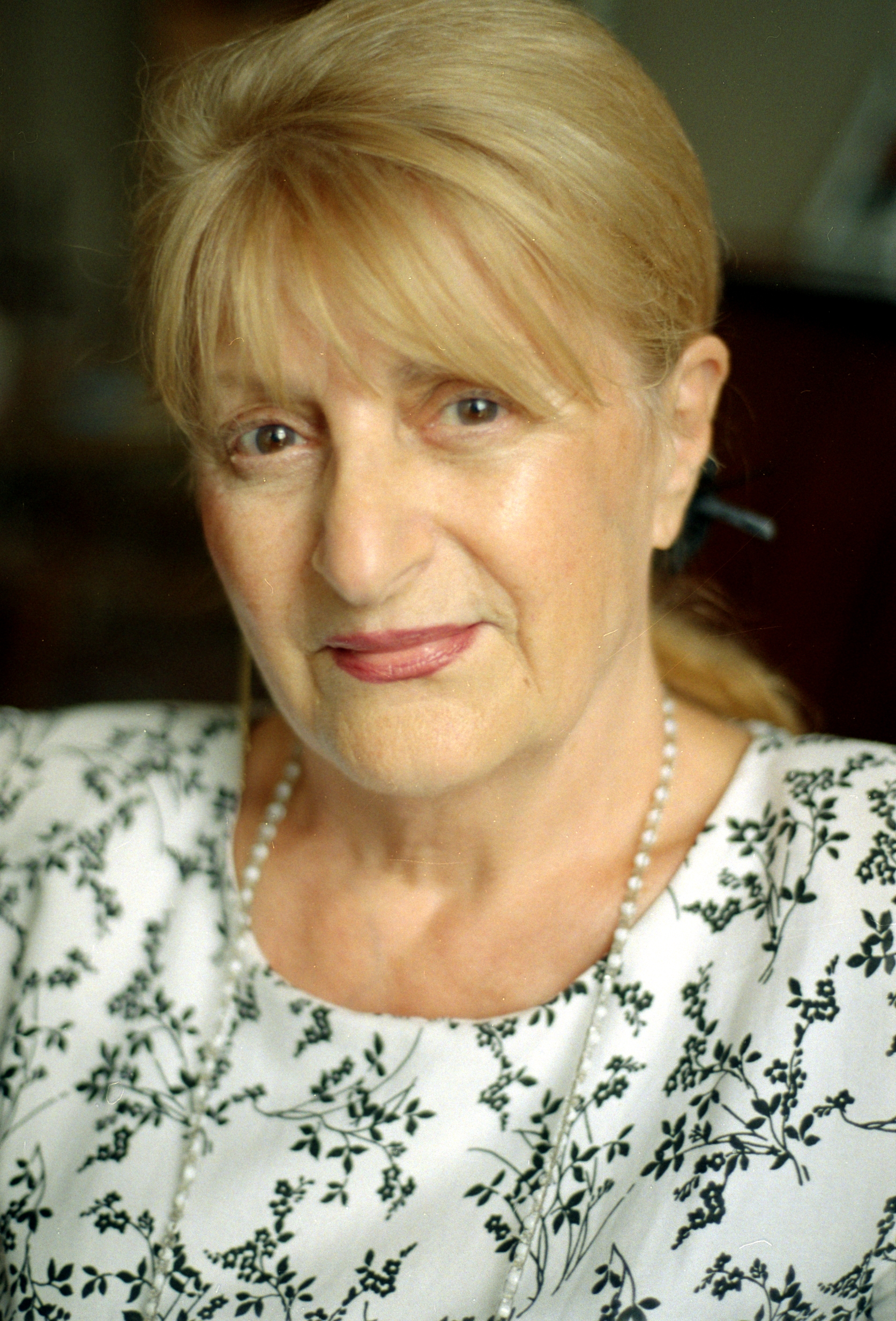 In 2003 Eteri established the Jewish women community Ets Haim (which means the tree of life), where they teach the Hebrew Bible, also called the Tanakh.

Nikusha is a descendant of the Akhaltsikhe Jewish community. He is the only one in his family who studies Hebrew. During the Soviet Union, very few people studied the Jewish language due to anti-Semitism. Moreover, some of them used to hide their identities. Since the 1990s, several learning centers have been established where people can learn Hebrew. Nikusha works at a youth organization; he has not chosen a profession yet. Music is his hobby. 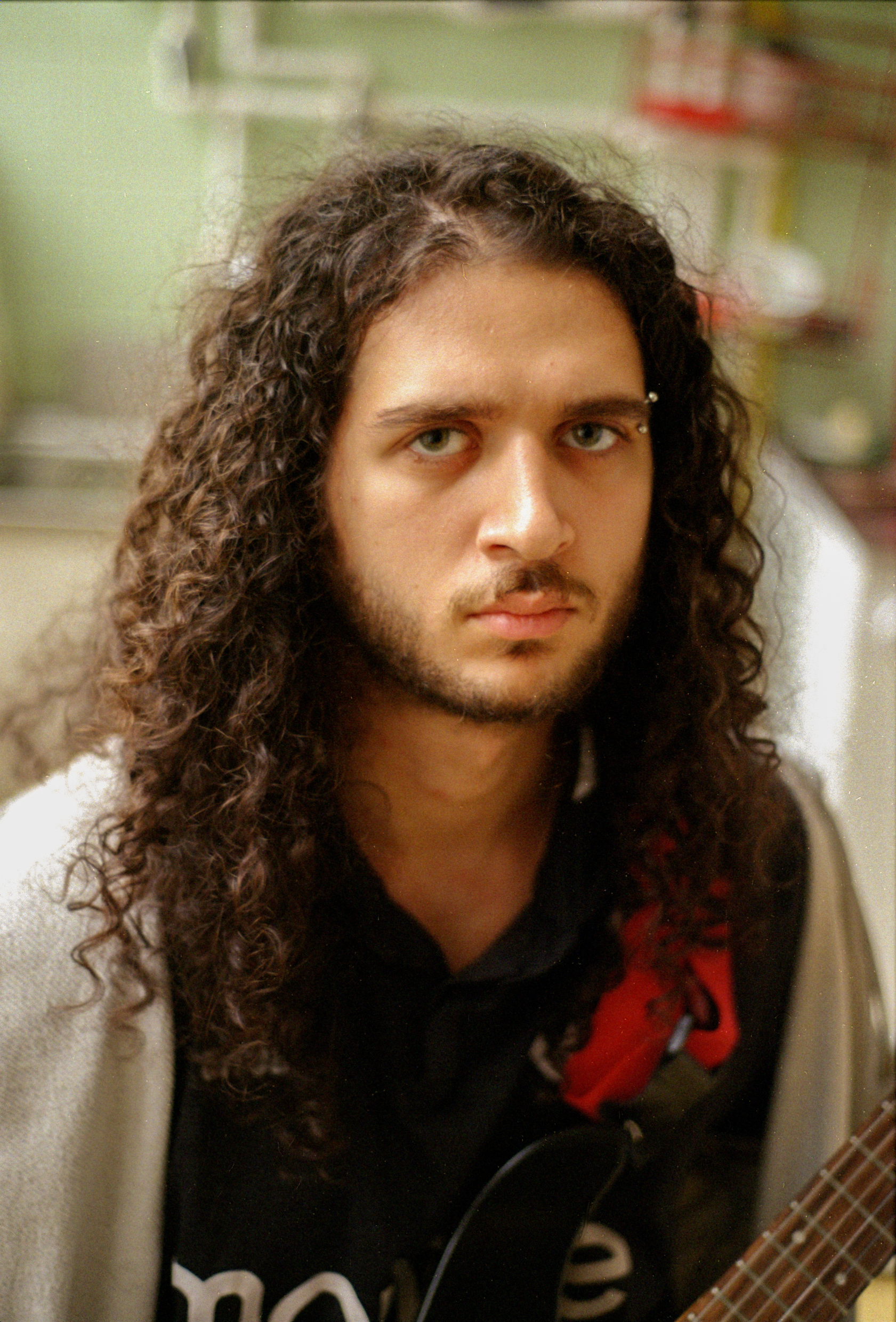 First, he visited his relatives in Israel but it was a ten-day excursion in Israel, organized by Sokhnuti, that left the biggest impression on him. Sokhnuti’s mission is to help the Jewish diaspora to receive citizenship and to travel to Israel. During the trip, he met and befriended a lot of Jewish adults from different parts of the world, and he is in contact with them to this day.

Ani has two homelands. She is a citizen of Israel and Georgia. She has spent many years in Israel. She graduated from the Georgian-Jewish school “Or Avneri” in Tbilisi. In Jewish, “Or Avneri” means light of knowledge. She learned Hebrew at school. She attended university in Georgia, graduating from the International Black Sea University. Now she is a graduate student at the Georgian American University (GAU), faculty of international studies. 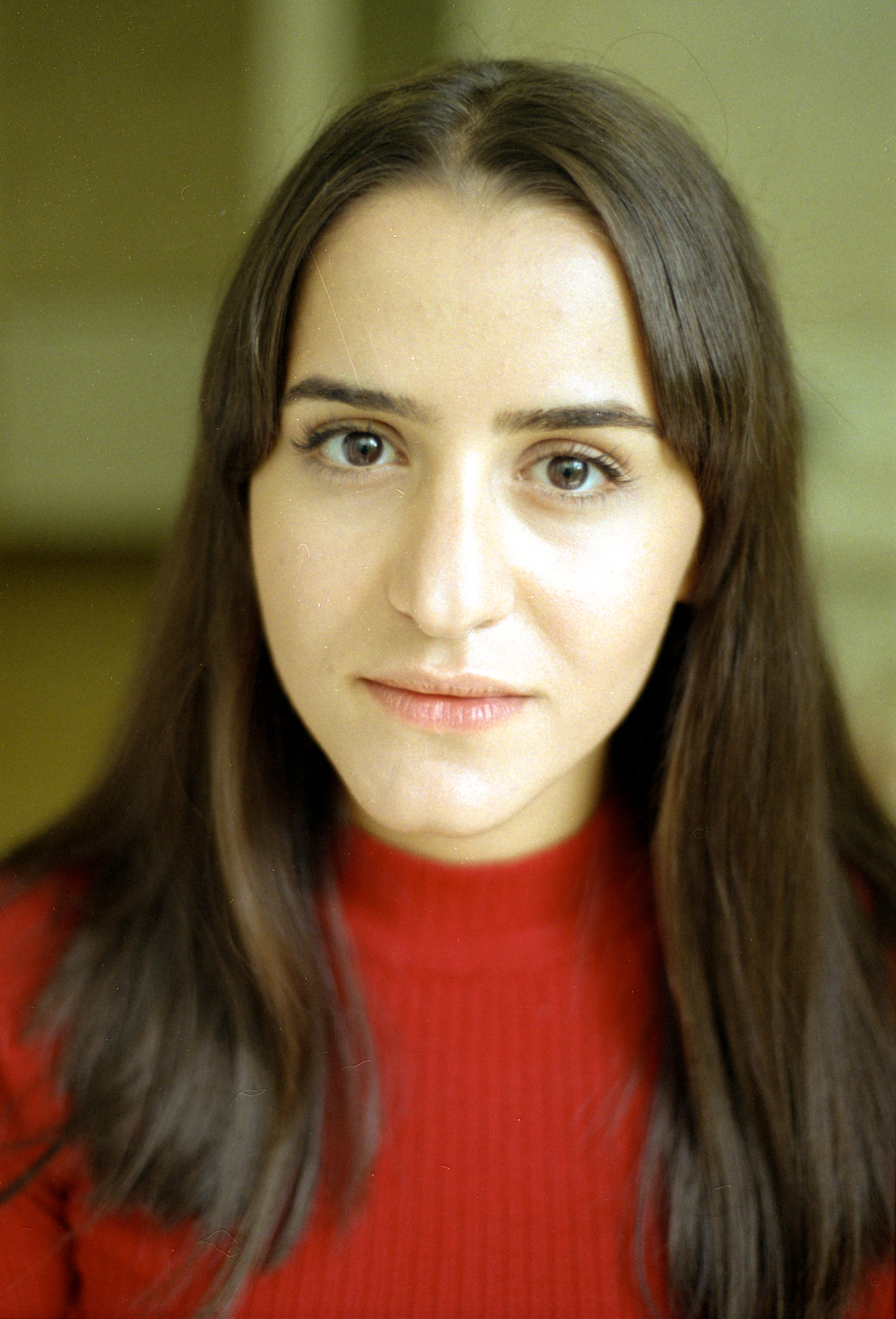 Ani celebrates almost all Jewish holidays. Hanukkah is her favorite. This day reminds her that she should believe in miracles: According to legend, the holiday marks when the Second Temple in Jerusalem was rededicated following the Jewish uprising against the Seleucid Empire, known as the Maccabean Revolt. Hanukkah means “dedication” in Hebrew. Ani always celebrates this holiday together with her family. According to tradition, they light a candle, and then sit at the same table to eat in the evening.

Raphael Mesengiser is a kohen, which is a type of priest and quite respected in the Jewish community. The status is handed down from generation to generation from father to son.

Raphael Mesengiser was born in Sokhumi. He went to school there and graduated with honors. He remembers how difficult life was for the family during World War II. He lost his father but despite the hardship--hunger and cold--he and his brothers used to read the Torah together and study religious laws.

After graduated from high school, he went to Moscow. He studied at the Institute of Colored Metals and Gold, and graduated with a degree in metallurgical engineering. Upon returning to Georgia, he first started working in the mechanical engineering industry in Kutaisi. Later he moved to Poti, and worked in the shipbuilding factory. He was promoted and sent to Tbilisi, where he still lives.

Today Raphael works at Chasdei Eliyahu. He serves as a mashgiach, which means he supervises food service in the kitchen. Mashgiach means supervisor in Hebrew. 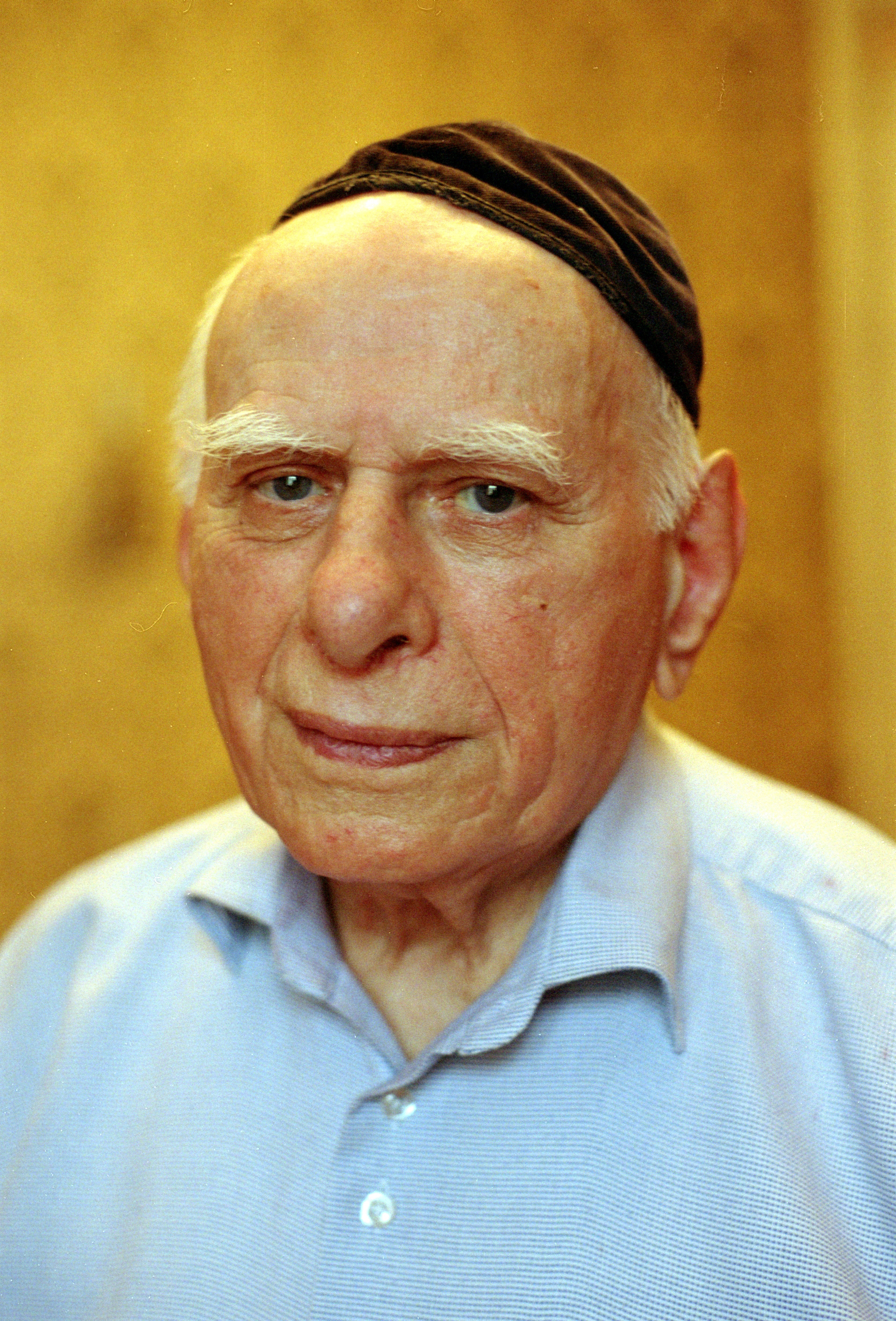 He starts every morning with prayer. During the day, he reads the Torah, Talmud, Psalms of David, and Maariv in the evening, generally after sunset. Saturday is the most holy day for Jews. On Saturdays, Raphael walks to the synagogue to bless the Jewish community.

Keti’s great grandmother Rakhel and her great grandfather Beniamini met each other in Vilnius. Her grandfather was born in the family of Caucasus Jews (Mountain Jews) and left the city of Nalchik to get an education. He happened to be smart and talented, and the local rabbi allowed him to marry his daughter. Keti’s grandmother was raised in an orphanage; Soviet ideology was very familiar to her. She always felt anti-Semitism, which is why she has never spoken publicly about her Jewish identity. Keti’s family also doesn’t know much about their origin. Keti admits that she did not know much about her Jewish identity, either, before she turned 16. A ten-day trip to Israel changed everything. She found stories about Jews there, about their decision to go to Israeli, which is called a “rise up”. After she returned home, Keti started learning Hebrew, Jewish traditions, and culture. She returned with so many questions. She has found the answers to most of them now, however, some questions remain. 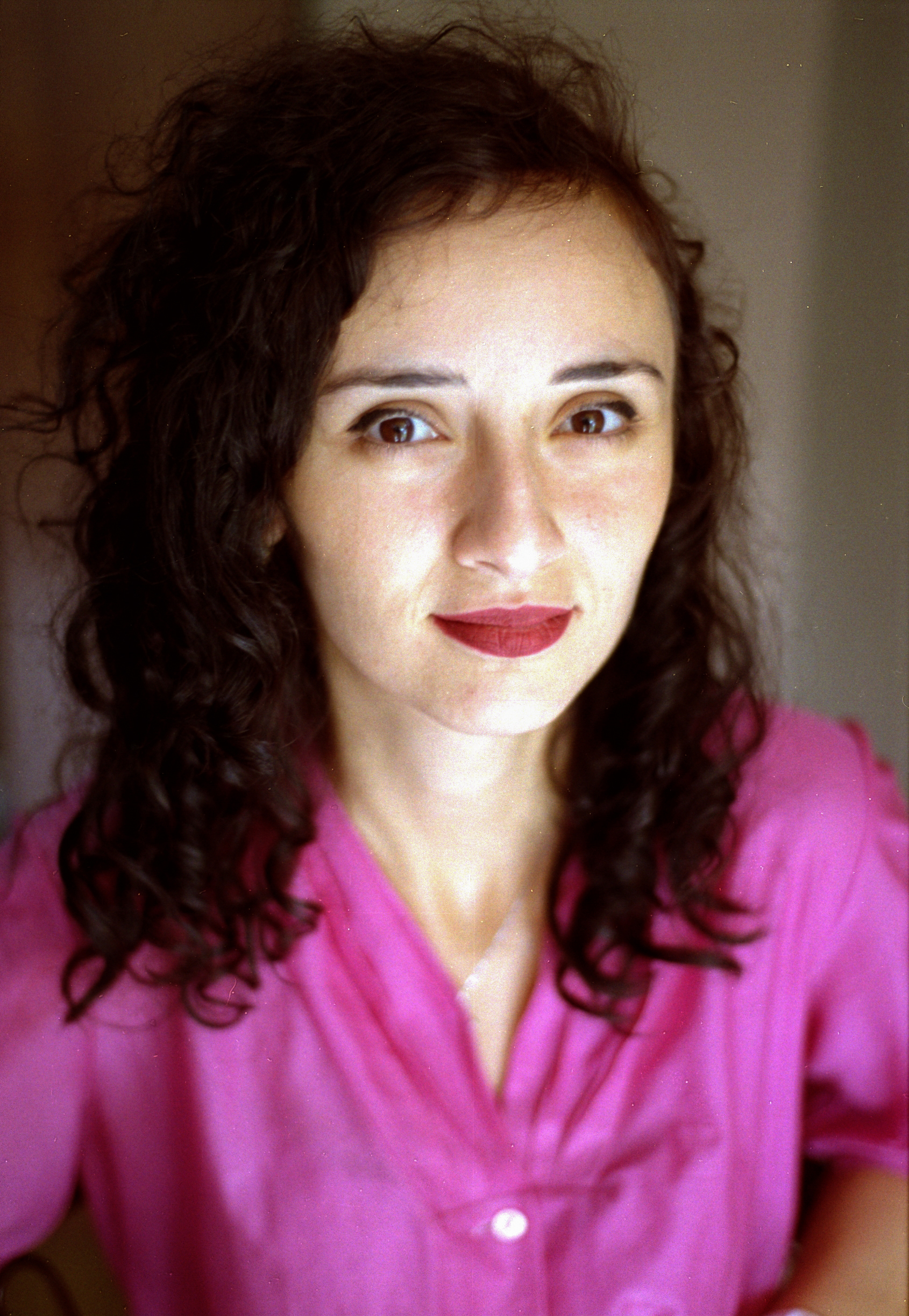 Keti is the executive director of Hillel Tbilisi. The organization works with Jewish undergraduate and graduate students. She met her husband Misha at Hillel. Their son is named after Keti’s great grandfather, Beniamini.

#Georgia #Jewishcommunity
DONATE TO CHAI KHANA!
We are a non-profit media organization covering the topics and groups of people that are frequently ignored by mainstream media. Our work would not be possible without support from our community and readers like you. Your donations enable us to support journalists who cover underrepresented stories across the region. donation.stories.donate-text
DONATE NOW

What is a home? Is it the house developers' promise or the community that surrounds us—or is it something else, something more tangible, something that provides security, safety and stability?

This photo essay is intended to take you back to the magic of your first amusement park—help you remember your rides on colorful boats, old roller coasters, vintage bumper cars, and Ferris wheels.

After graduating from high school, Feri Ismayilova chooses education over marriage and tries to challenge existing perceptions and attitudes toward ethnic Azerbaijanis in Georgia.