Being a woman, then and now

Do you remember putting on your mother’s dresses and lipstick when you were little?

In this project, young women were asked to once again play dress-up. We asked them to try on clothing and jewelry that belonged to their mothers and grandmothers, a hands-on experiment so they could feel, for a little while at least, what it was like to live like the generations that came before them. The young women spent time together with their mothers and grandmothers choosing the dresses. One wore her mother’s wedding dress, sewn 40 years ago. Another selected the only dress that has survived to this day: a favorite lucky dress that had been carefully kept over the years. As the younger women physically cloaked themselves in the clothes that defined the styles of their mothers and grandmothers, the older women discussed how views toward women have changed in Azerbaijan over the past decades. 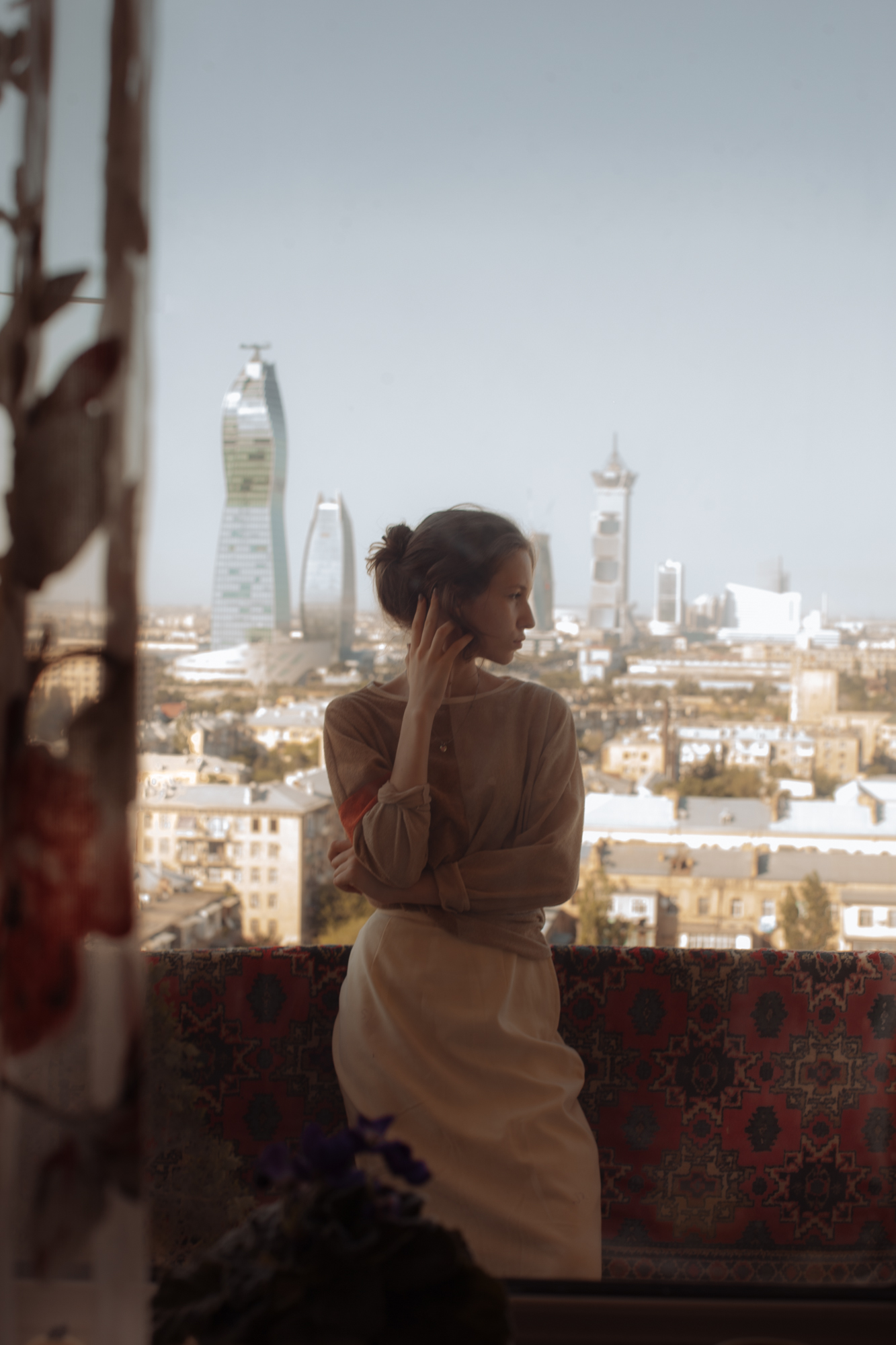 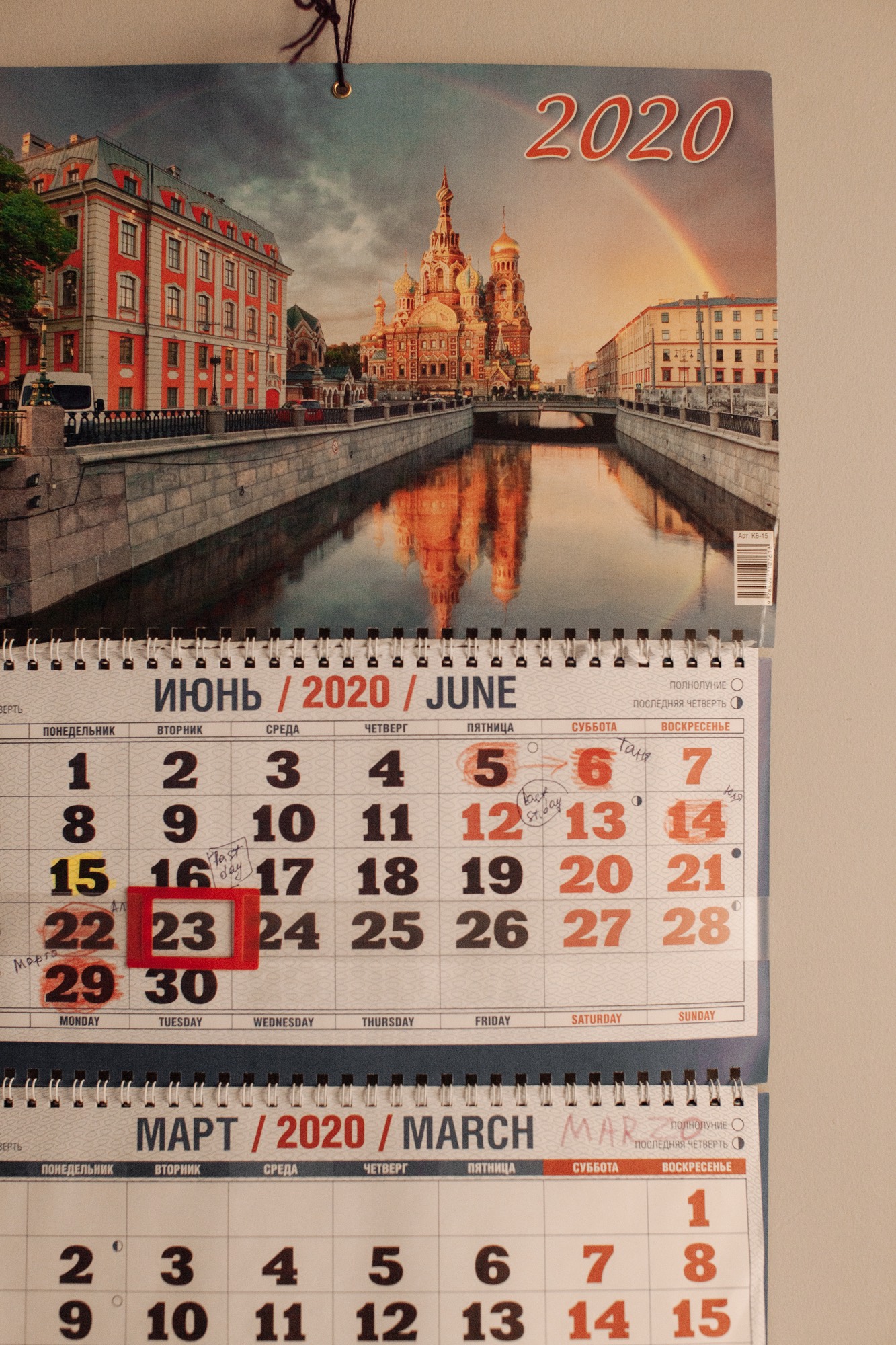 Kristina, 21, in her mother’s dress. Elena Piedra-Sobolevskaya: “I am 60 and I am a philologist. I lived through a period when a woman in trousers was spat on, a woman driving a car was forced to the side of the road and insulted, and a woman who served in the army was considered a prostitute. Now a lot has changed, a woman can freely wear what she wants, walk where she wants to and do what she wants. Times have changed a lot.”
The wall calendar, now a rare sight in most homes, used to hold a place of honor in households. Calendars were once popular before the New Year, and often contained colorful advertisements or photos of foreign places. 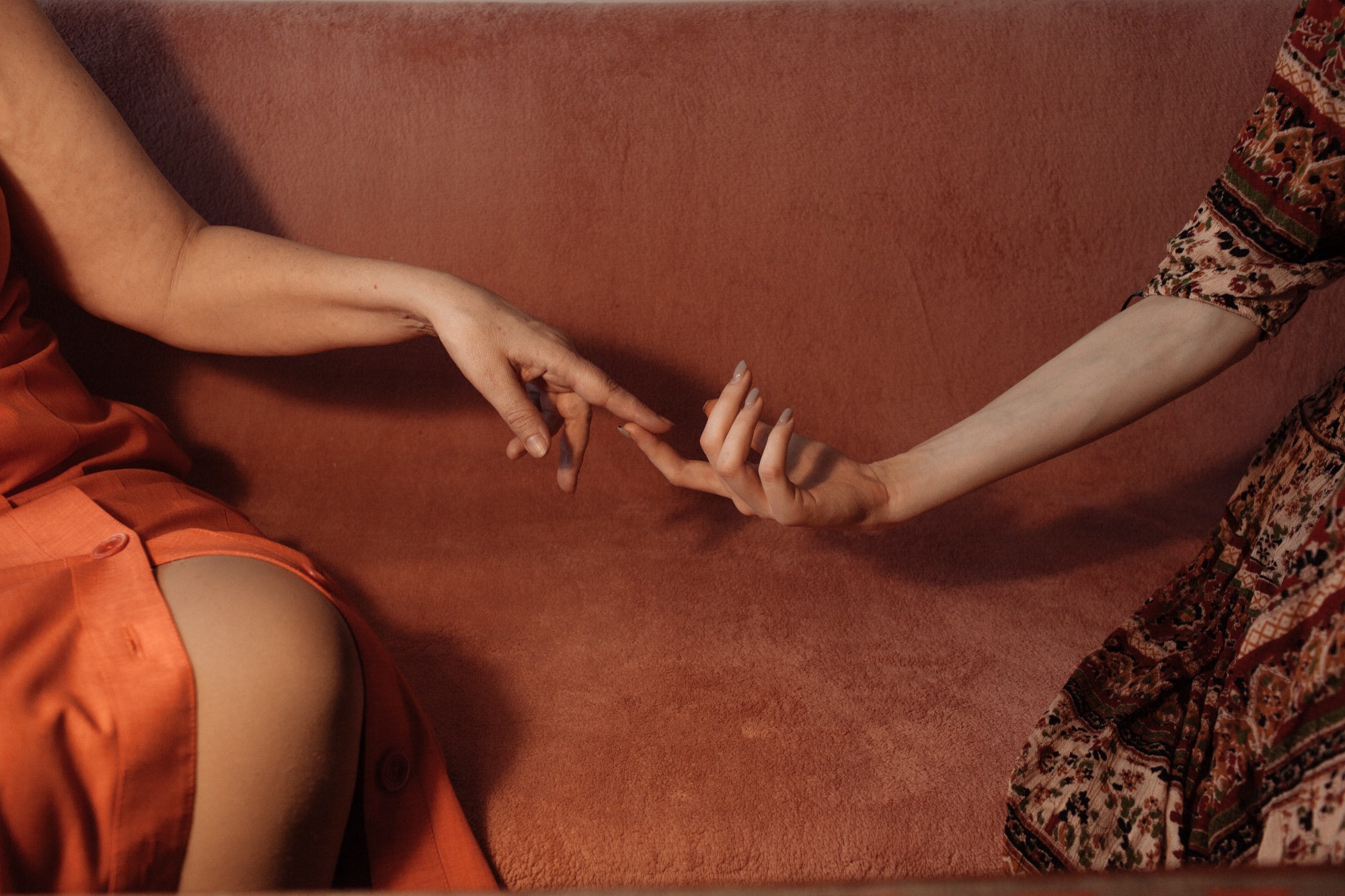 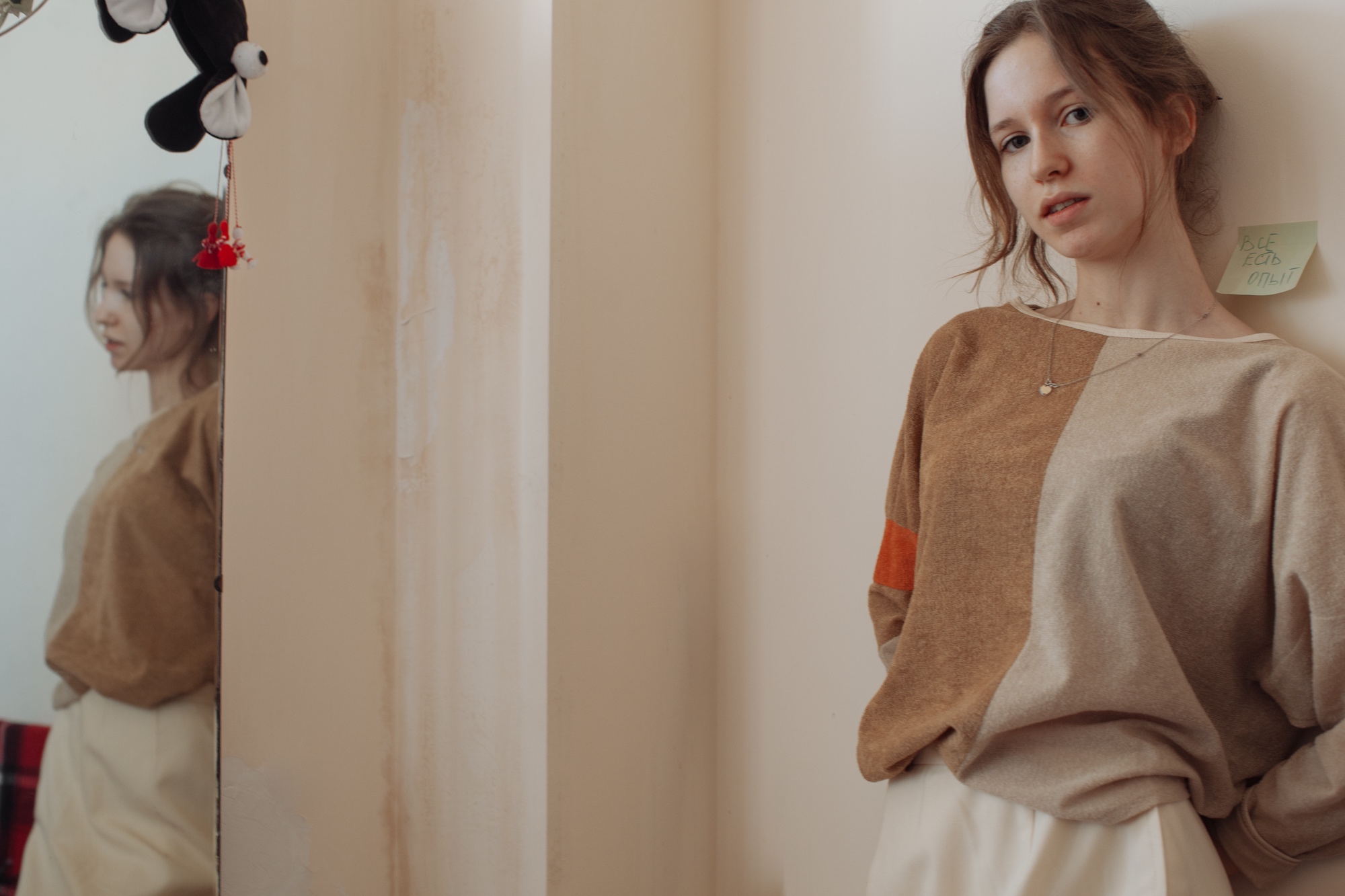 Kristina and Elena recreate Michelangelo’s famous “The Creation of Adam,” symbolizing the umbilical cord that connects mother and daughter in the womb.
Kristina posing next to a post-it note with the quote "Everything is an experience." The quote reminds her that everything happens for a reason--at the very least, she learns something from it. 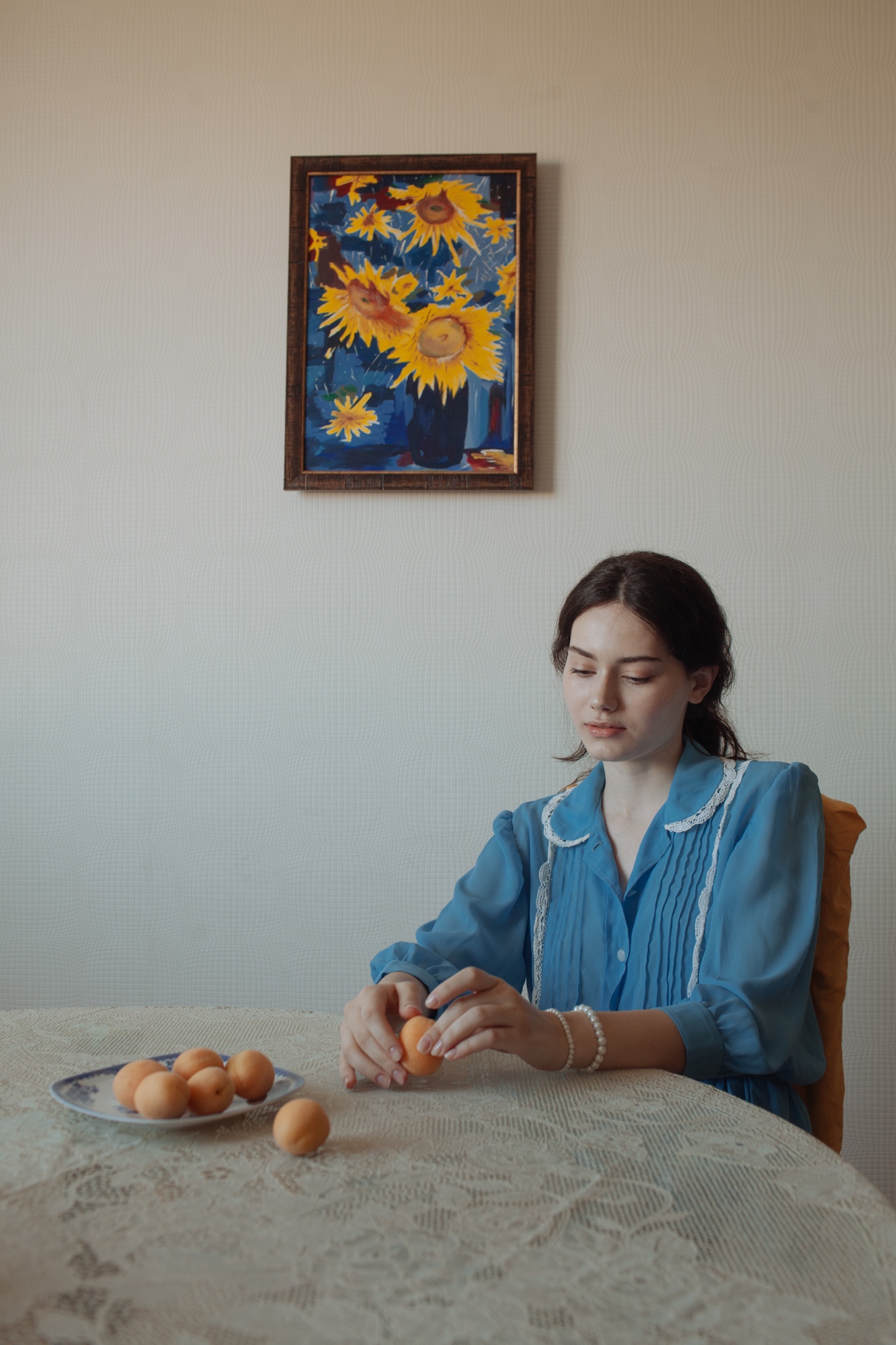 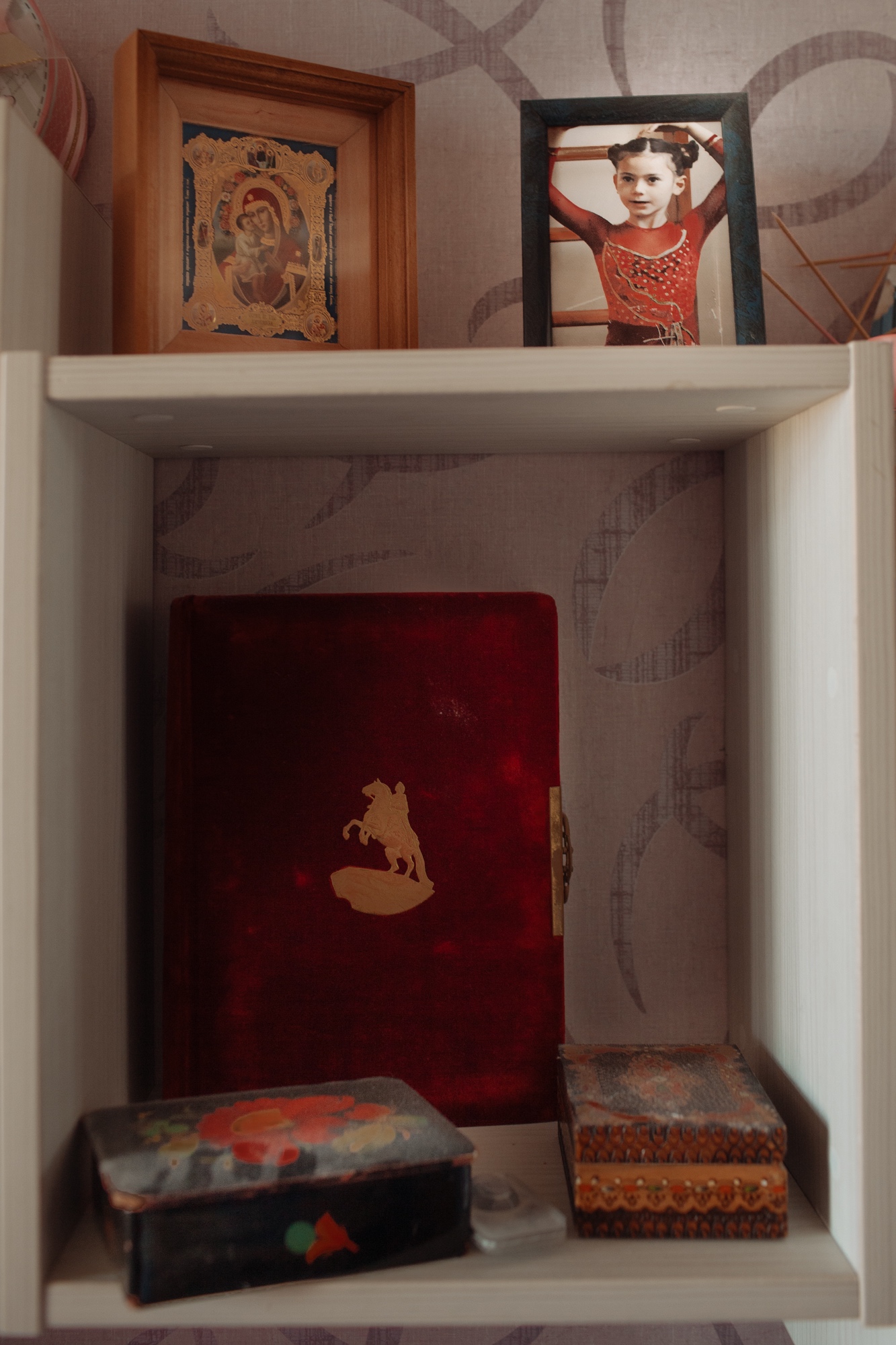 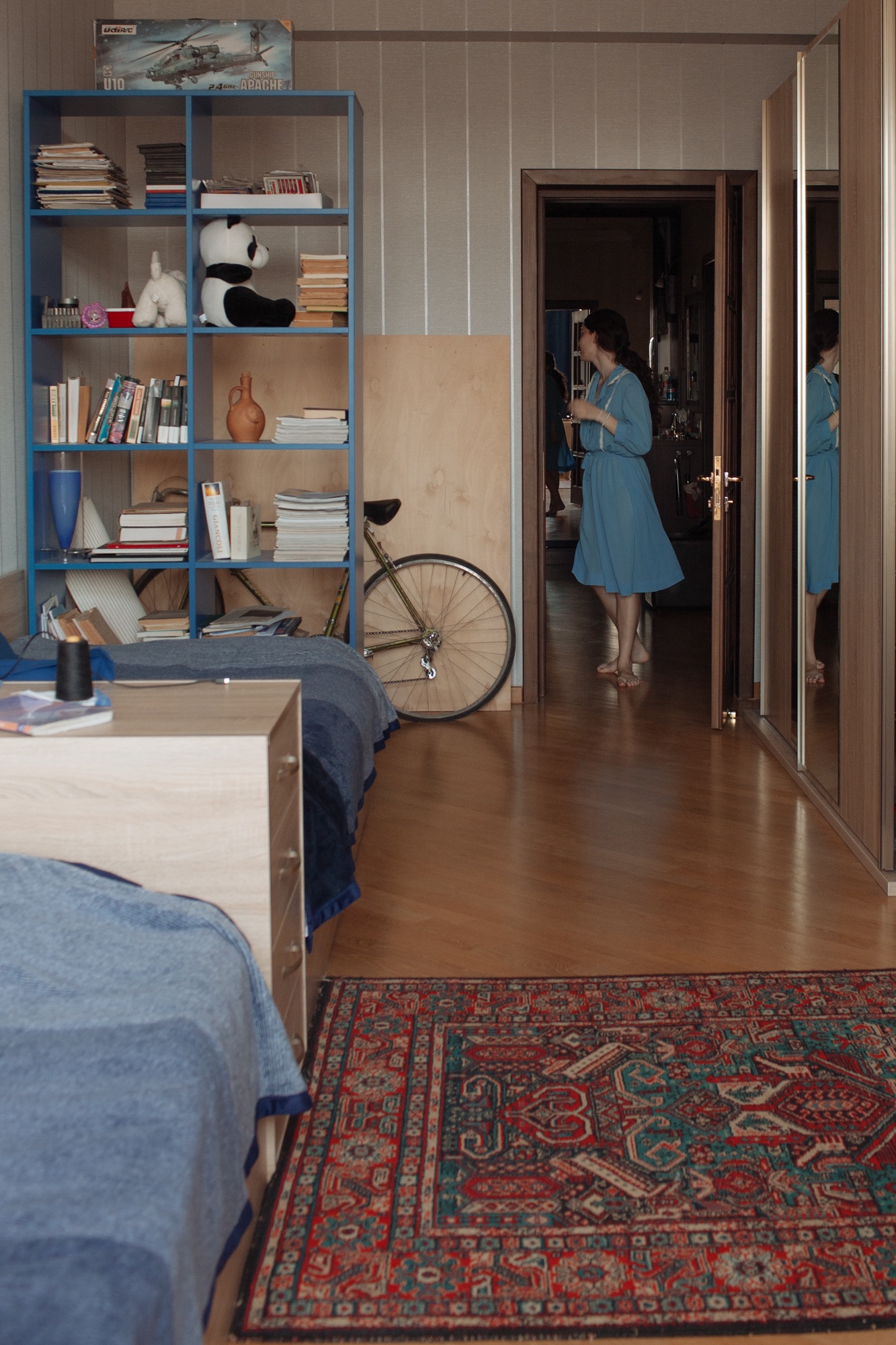 Leyla, 17, in her mother’s dress. Sevda Aghayeva: “I am 57 and I am an engineer. Attitudes toward women depend on where you live. I lived in Primorsk (a neighborhood in Baku), a diverse community, and I did not face any disrespectful attitudes toward my gender. I studied engineering in Saint Petersburg then returned to Baku, but then the strange and chaotic period started (the 1990s). For me, today a woman is more dependent on a man. Even if she achieves something, it is generally because of the support of a man.”
Leyla’s shelf of momentos, including a photo of her as a child and a photo album her mother brought from Saint Petersburg in 1980.
“This year, the carpet on the floor turned 40,” says Sevda. 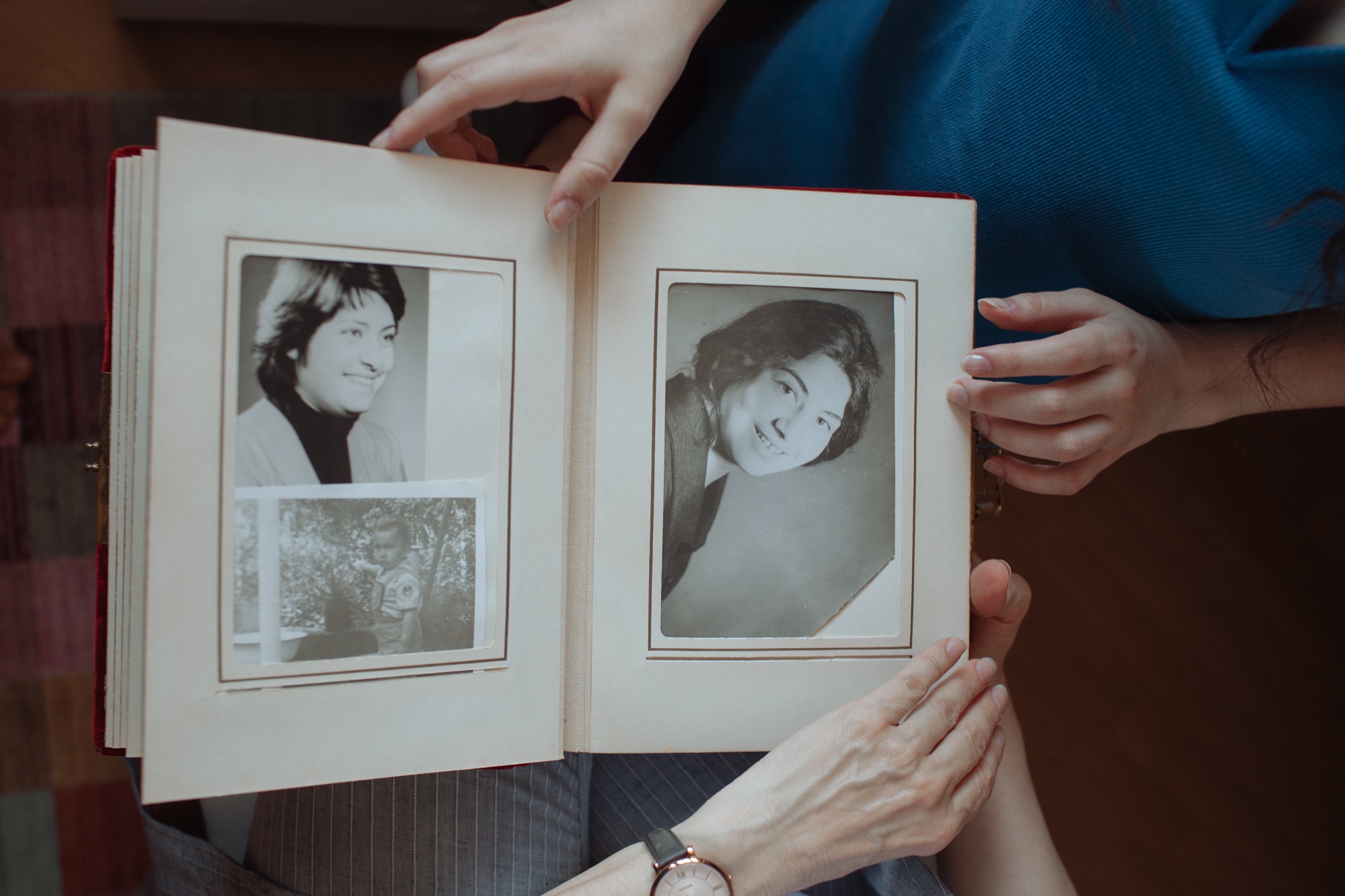 A photo of Sevda when she was 17, the same age as Leyla today.

Lidiya Katrakhova: “I am 72 years old and I am a piano teacher. For me, attitudes toward women have changed for the worse. Before a woman was something really precious, but   now no one pays attention to her. All this new feminist stuff. People do not believe in themselves and are so fragile now. For example, I am disabled, I lost my leg in a car accident before I was married, but my boyfriend still married me  and I have had a happy life.” Lidiya noted that today such stories are rare because young people seem to give up more easily. 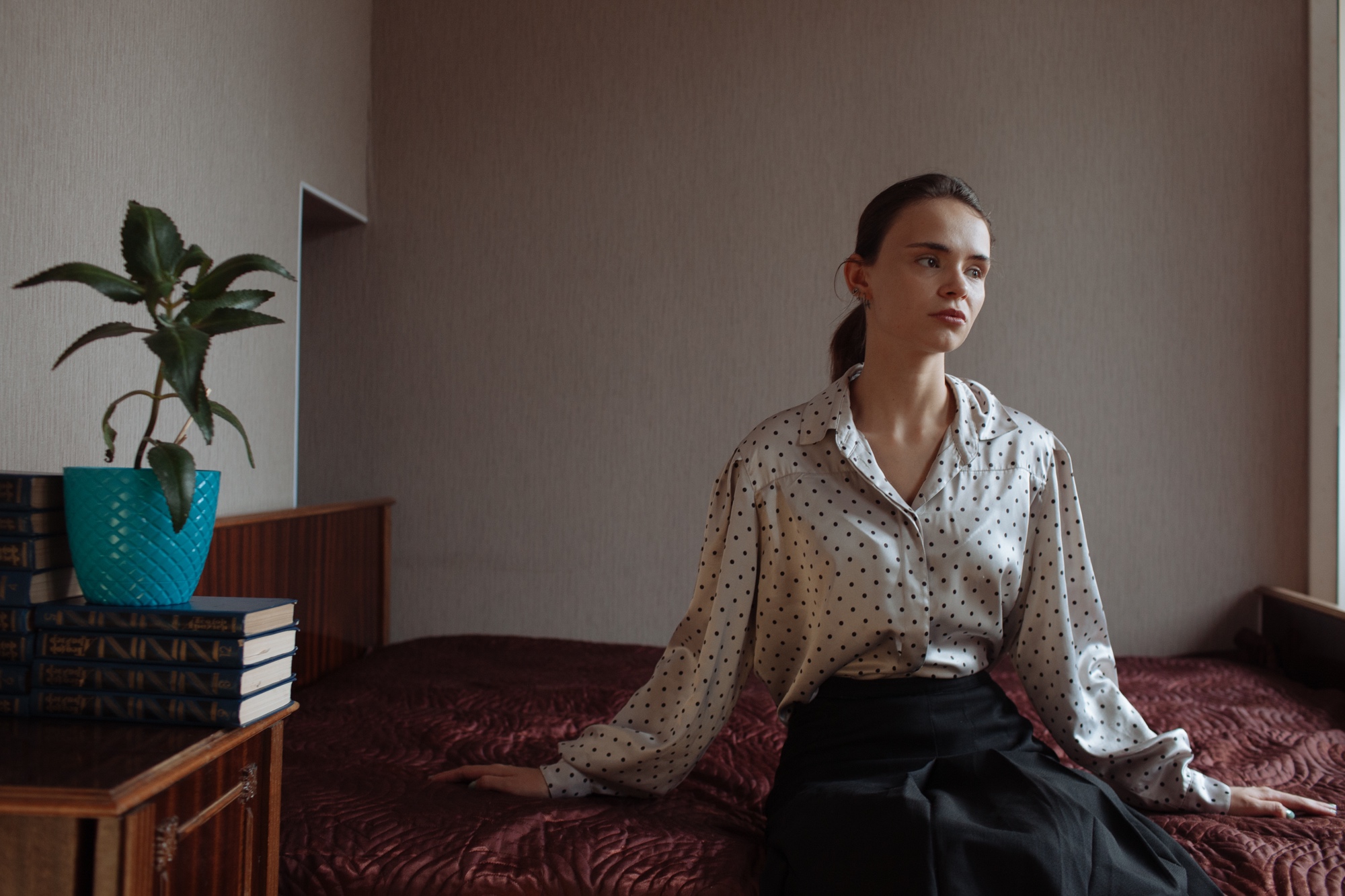 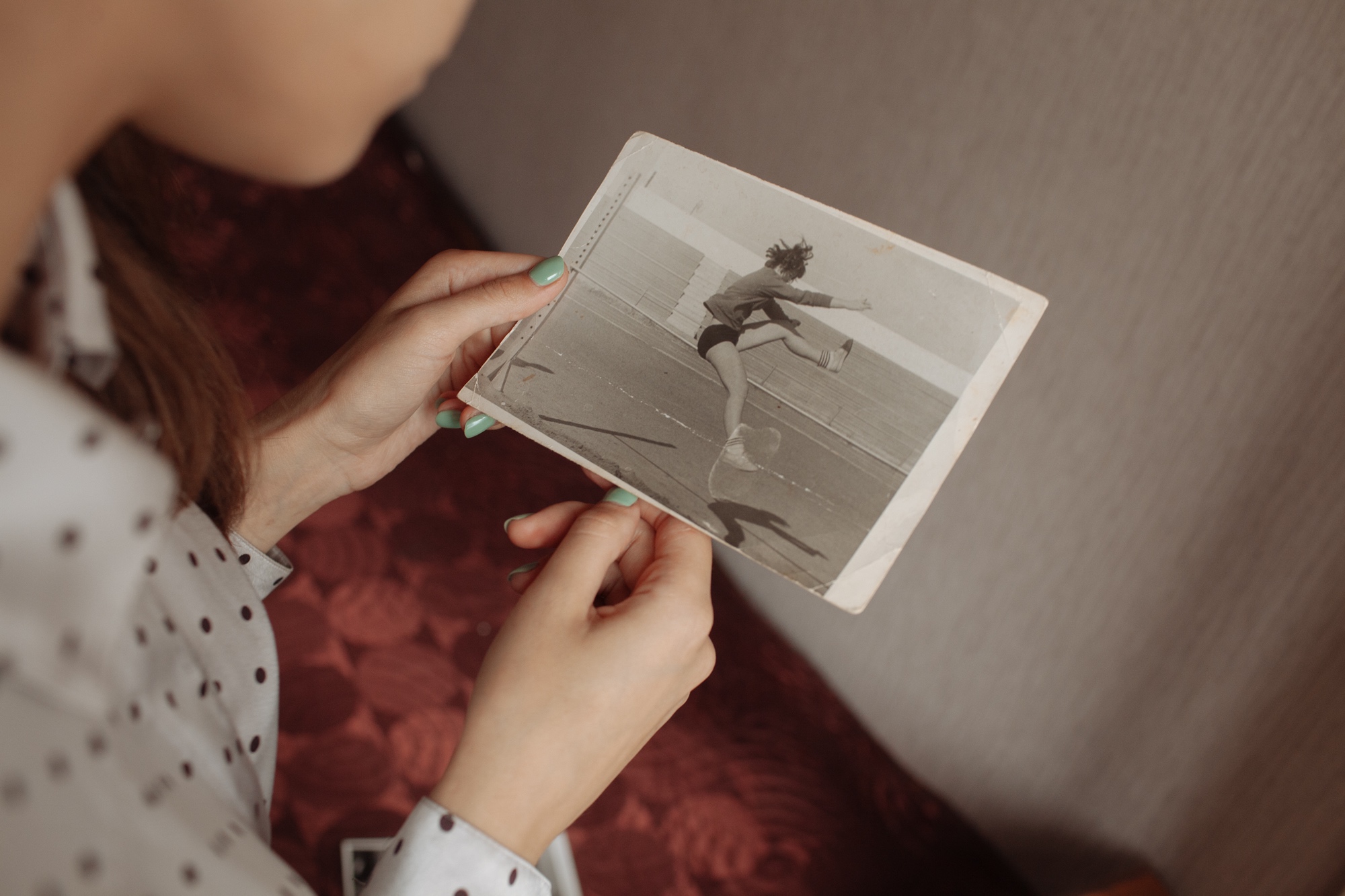 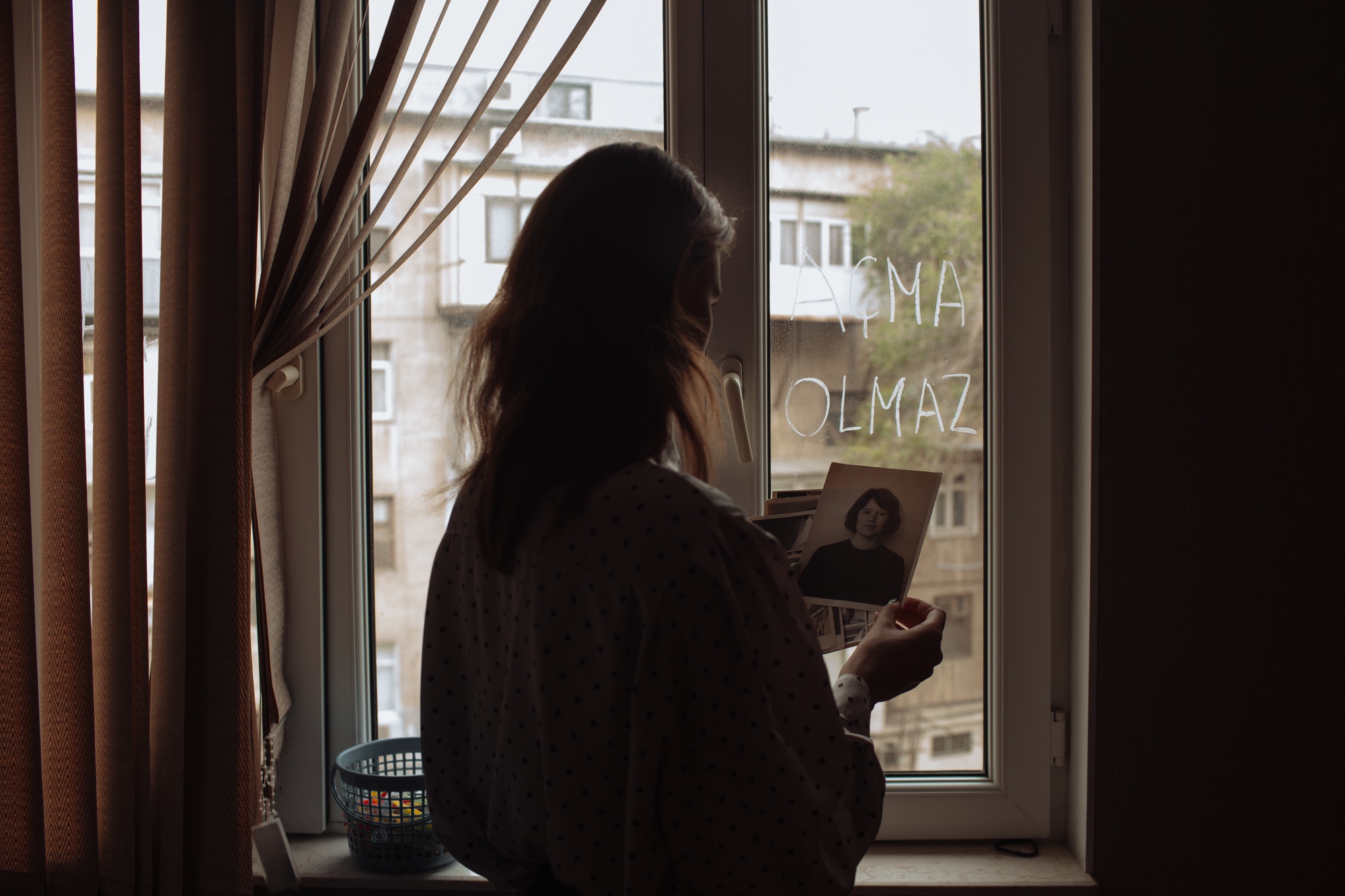 Diana, 26, in her grandmother’s dress.
“My grandma was an athlete. Today I trained at the same stadium in Sumgait, “ says Diana, holding a photo of her grandmother competing in a track and field event in the 1950s.
Diana looks at old photos of her grandmother near a window that bears the message “don’t open.” 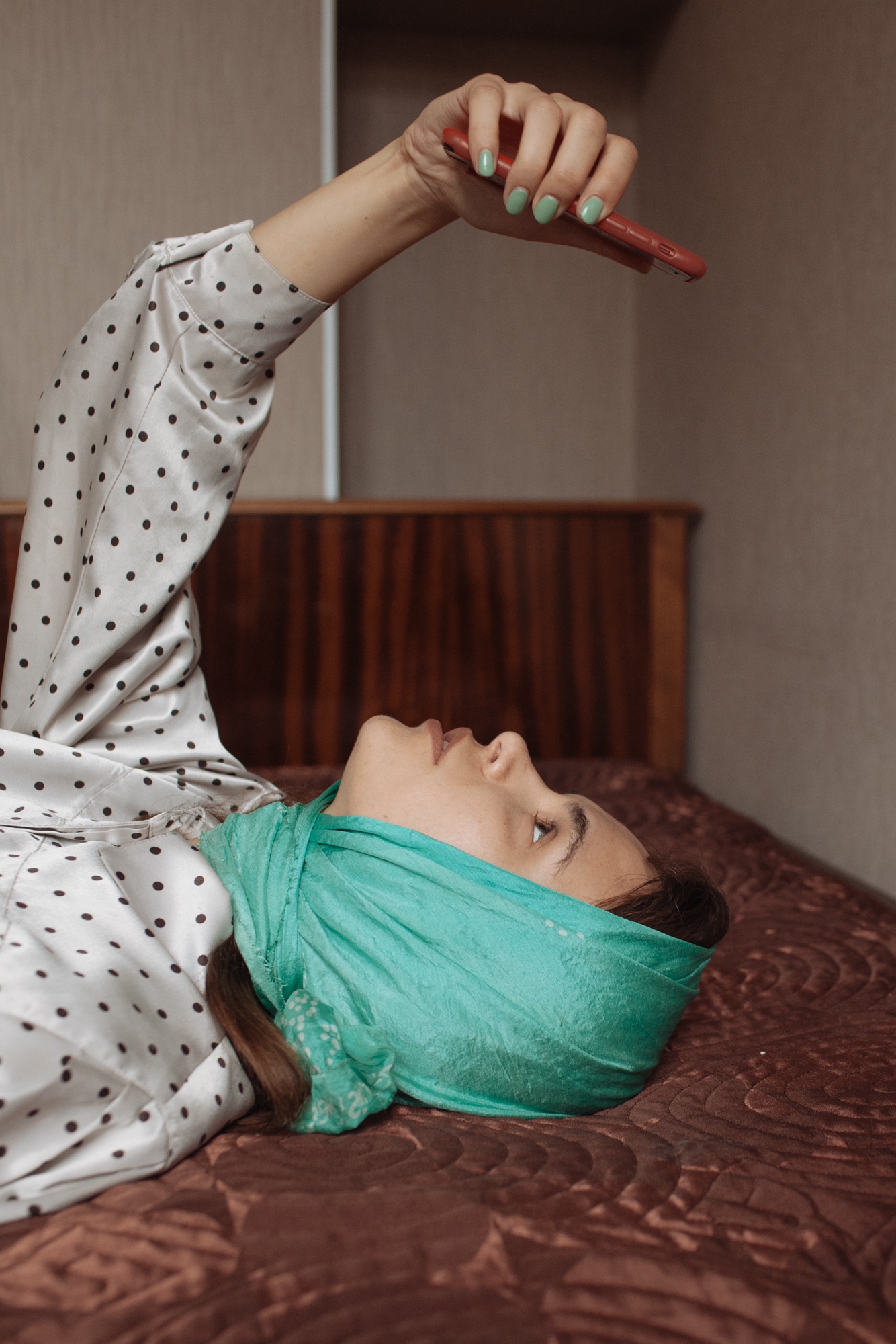 Diana taking a selfie while wearing her grandmother’s headscarf.

Aida Aliyeva: “I am 54 and I am a programmer. I remember when women wearing trousers was something extraordinary and they were judged for it. A woman could not progress in her career due to her gender. Now it is much easier, now women are more self-realized. Nobody, except a woman herself, can stop her by saying ‘Hey, remember, you are a woman, you can’t do this or that!’” 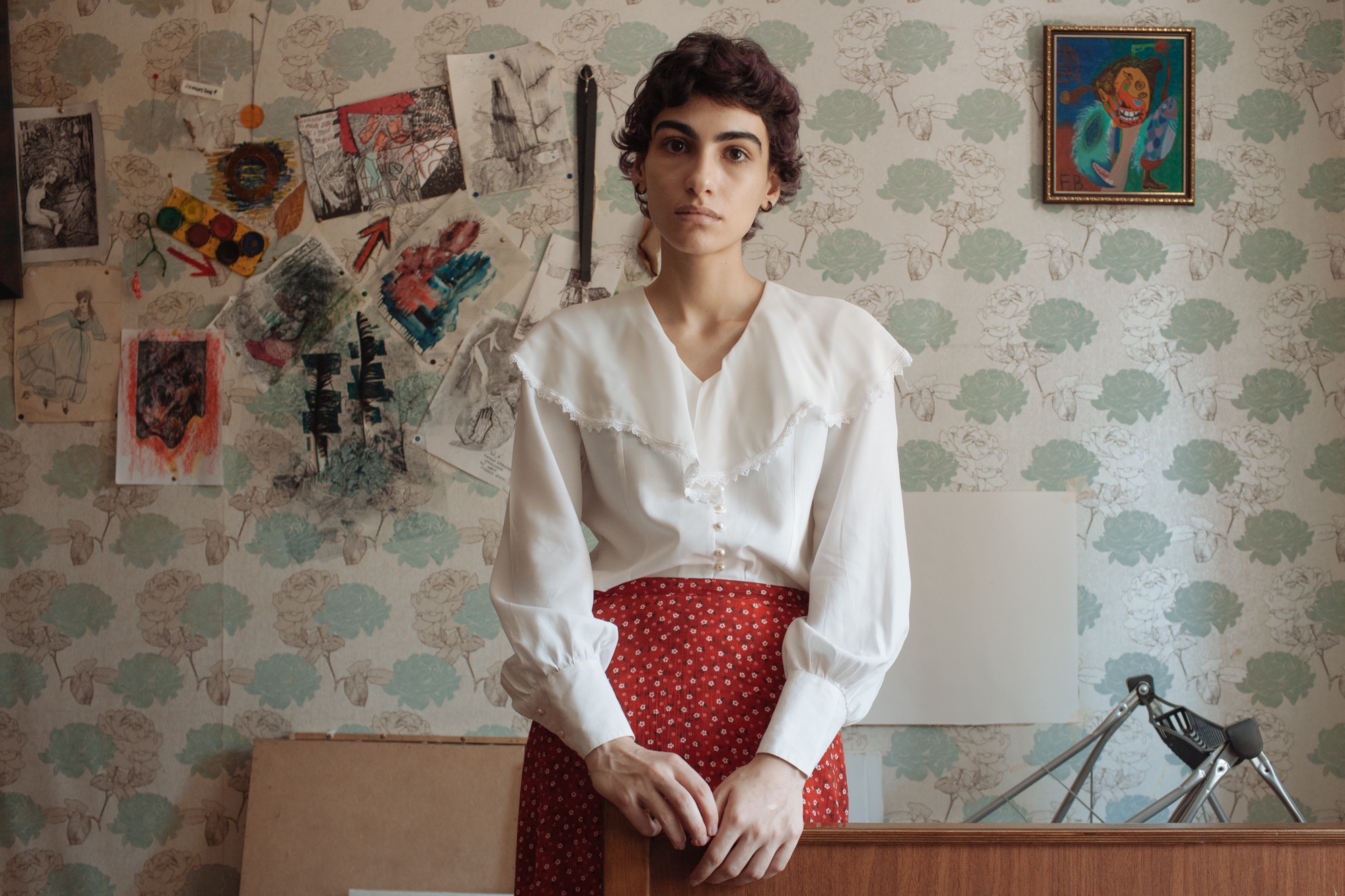 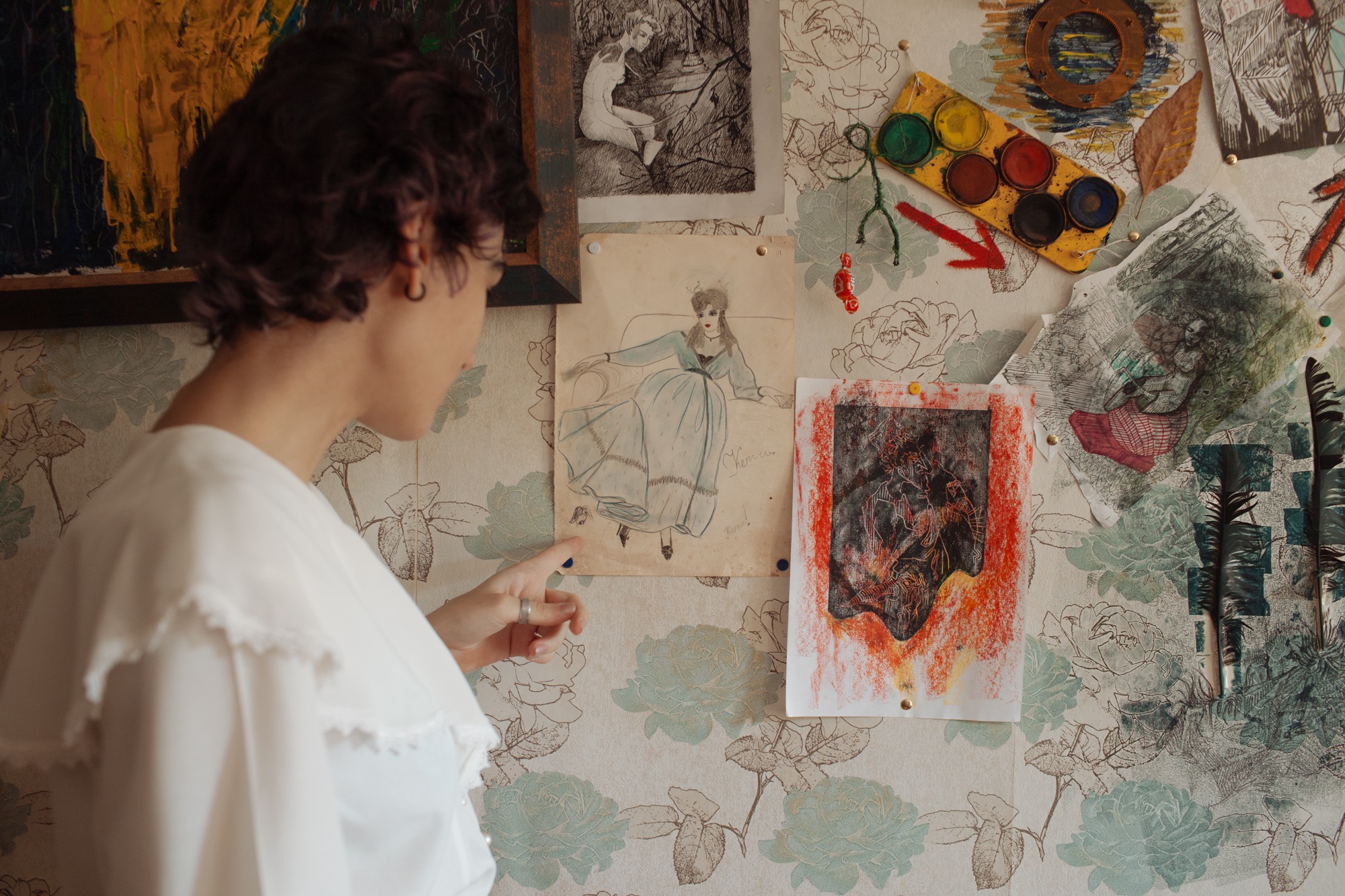 Nargiz, 19, in her mother’s dress.
“I made this scribble on a drawing my mother drew as a child. I was so amazed with it, I could not understand how someone could draw so beautifully,” Nargiz says. 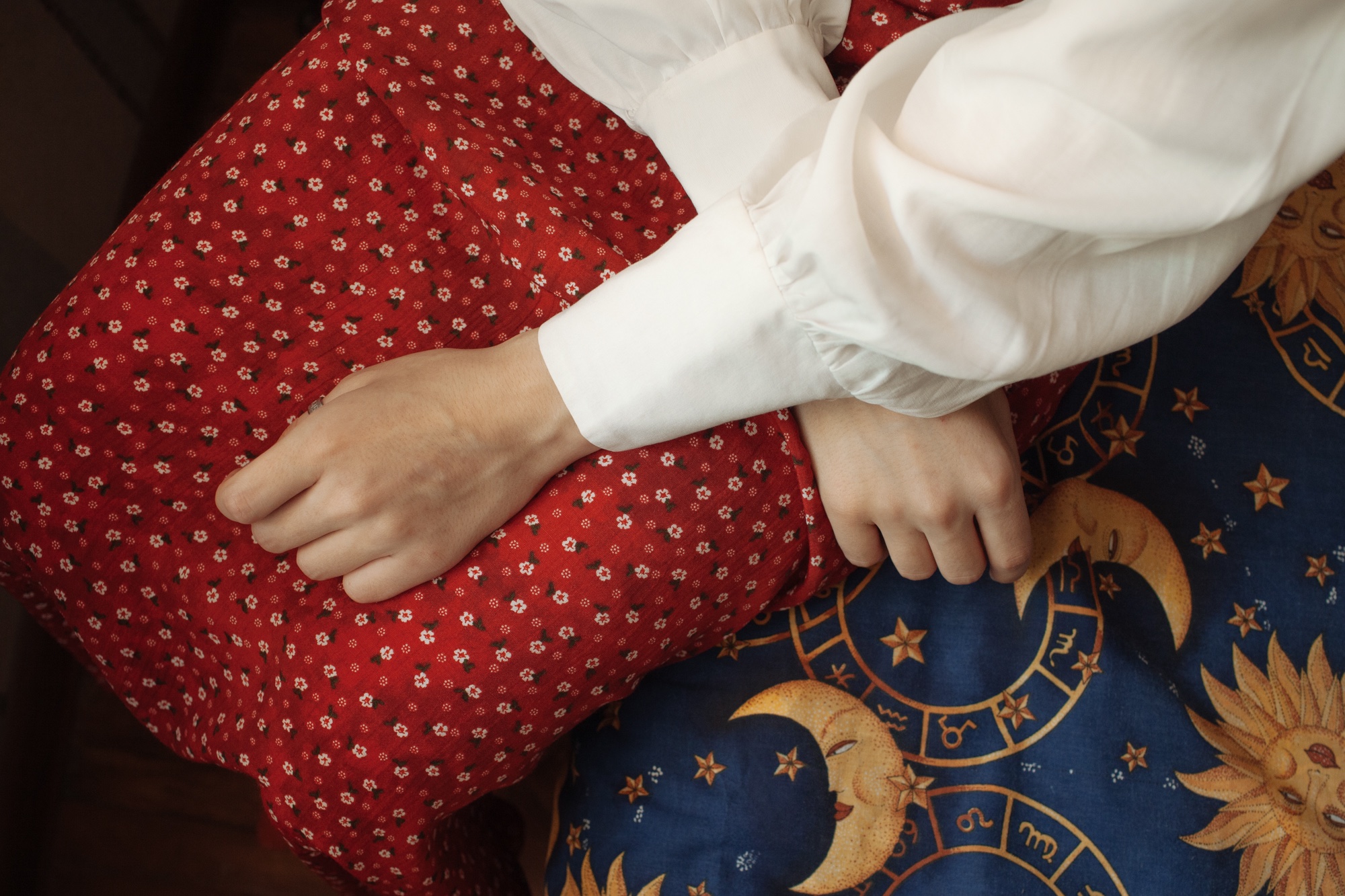 Nargiz was still dressed in her mother’s old outfit when she walked me out. People passing by stared at her clothes, reinforcing my impression that in Azerbaijan, people still judge others by their looks.
#Baku
DONATE TO CHAI KHANA!
We are a non-profit media organization covering the topics and groups of people that are frequently ignored by mainstream media. Our work would not be possible without support from our community and readers like you. Your donations enable us to support journalists who cover underrepresented stories across the region.
DONATE NOW

For vulnerable groups, the police are often more bully than protector.

Despite barriers to travelling to Azerbaijan, Baku has become a popular stop for people escaping the Russian war in Ukraine.

Finding sanctuary from war in Azerbaijan

It is difficult for Nargiz Safarova to visit her former Sovietsky neighborhood since the building where she lived for over 40 years was torn down.

Since the dust settled